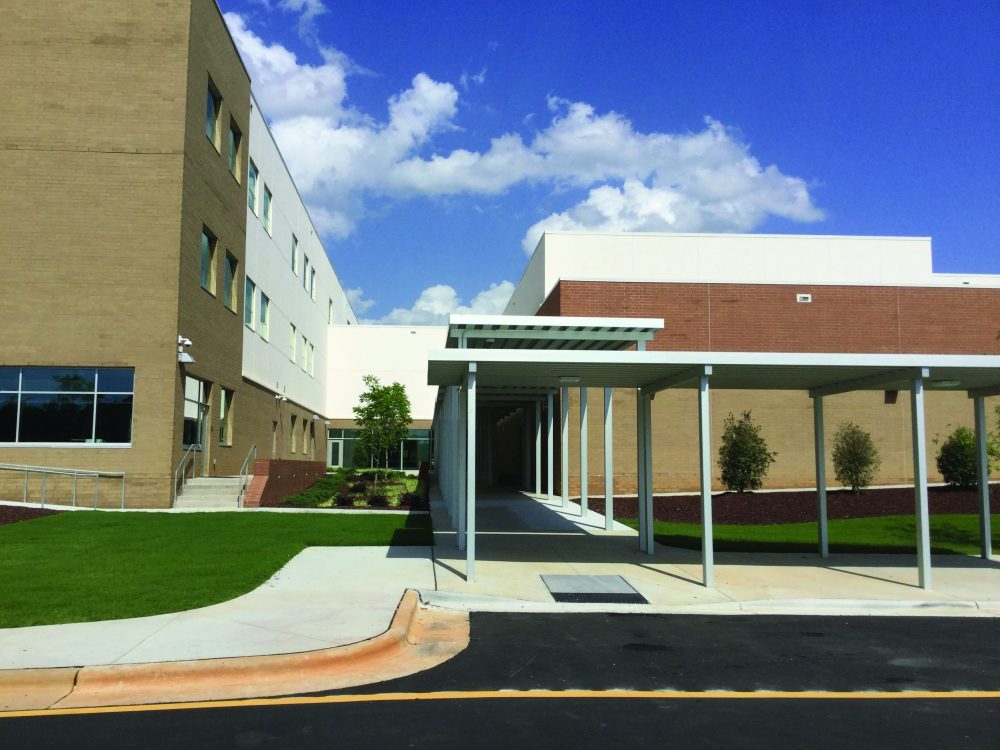 The school district is completing $185 million in work this summer, says Brian Conklin, senior director, facilities design and construction. As well, he said there are $325 million in projects currently under construction. “Beyond that, we are looking at bidding $450 million more over the next two years.”

In late May the district approved the construction of 14 new schools, 11 major school renovations, and other initiatives, such as purchasing more technology, lifecycle replacement of building components, and acquiring sites for future schools. This work is based on a rolling seven-year plan, meaning school and county staff will review it annually to include new projects.

How to get started on Wake County Public Schools opportunities.

“This is a long-term plan that will continually be updated,” the Raleigh News and Observer quoted school board member Jim Martin as saying. “This is the kind of wise planning that we need going forward.”

Many of the 10 new elementary schools, two middle schools and two high schools in the program are near the current and future route of Interstate 540/N.C. 540, particularly in southwest Wake, the News and Observer reported.

“This is a program that moves us forward in terms of dealing with some long overdue capital needs,” said school board member Bill Fletcher, chairman of the facilities committee.

School board vice chairman Monika Johnson-Hostler said: “This was a difficult list for us to prioritize. There were clearly folks that were just on the cusp.”

Projects in the works and planned

Fletcher said included projects don’t cover all the district’s needs. He cited the example of an elementary school where classroom temperatures rose to 85 degrees during state end-of-grade testing. Fletcher said while urgent repairs were made to the cooling system, the school isn’t in the building program.

“While this is a comprehensive plan – it is looking out seven years – it does not do everything that needs to be done,” the News and Observer quoted Fletcher as saying.

In late June, the Wake County Board of Commissioners approved an ordinance to provide the school system with $397 million in funding without putting a bond request on the ballot, the News and Observer reported. This would allow the district to pay for the first two years of the seven-year construction plan.

County commissioners may consider a school referendum in 2018 to fund the building program’s next stage.

Conklin says the school district builds its schools largely based on design prototypes, using the Construction Management at Risk model.

On the design side, the district generally fulfills requirements for design support services such as surveying and wetland determinations through master agreements for professional services. These agreements also cover things like small architectural projects and HVAC replacement designs, he said. “We’ve recently completed a selection process” so the next opportunity to be selected for master agreement opportunities won’t happen for a couple of years.

There are periodic opportunities for designers on major projects also and these are posted on the district’s website.

As well, he said because the schools are designed to prototype standards, the architects responsible for the original design often are selected for the task of revising the schools to meet changing conditions and local requirements. (New elementary schools, for example, are now somewhat larger because of the need for more open, collaborative, learning spaces.)

The prototype model also helps control school construction costs. Builders familiar with the model (who may have constructed similar schools), can bid competitively because there are few surprises.

Conklin says the relatively healthy North Carolina construction market has resulted in cost escalations, but the district has built this factor into its projections.

He says subtrades and suppliers – especially minority owned businesses – are encouraged to bid through the construction managers; all of the bidding is open and transparent. While state guidelines call for a target of 10 percent MBE participation, “we get a much more aggressive participation, in most of our jobs it is rarely below 20 percent and it sometimes is upwards of 40 percent.”

Conklin says bids are generally timed for school completion requirements; for example, an elementary school requires generally about 14 months to complete, so the bidding opportunities would be made public in the spring a year before the school would open. Middle and high schools take longer – a high school requires 26 months, on average – so these would be released at somewhat different times.

The exact time opportunities are made available depends on other considerations. “We might be competing against ourselves,” he said. “We might have four or five elementary schools that could bid at the same time.” To prevent conflict and overloading contractors, the actual bid deadlines for these projects are staggered. He also said Wake County Schools checks with other authorities, such as the University of North Carolina, to avoid conflicts in bidding dates.