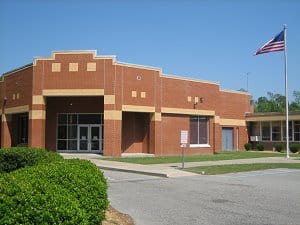 Among the projects to be funded by the grants, aimed at districts in economically distressed counties, are seven new or replacement school buildings, including three high schools, two schools combining middle and high school grades, an intermediate school for upper elementary and middle school grades and a Career and Technical Education Center. Some of these districts receiving the grants were hardest hit by natural disasters like flooding and an earthquake.

More than 164 grant applications worth $2.4 billion were received from 72 districts across the state.

Eighteen other school districts that were awarded grants last year from the Needs-Based Public School Capital Fund are receiving directed grants from the program totaling $134.8 million approved by the General Assembly as part of the 2022-23 state budget. These 18 districts had received 80% of their initial request, and the additional funds represent the 20% difference.

“Many students in North Carolina attend schools built decades ago,” Truitt said. “These grants are paying for schools designed and built for the 21st century. Today’s students, regardless of where they live and attend school, deserve nothing less.”

Grant applications were reviewed by the Department of Public Instruction in accordance with priorities provided in the law, including ability to generate revenue, high debt-to-tax revenue ratio, consolidation and replacement of multiple existing facilities, and the extent to which a project will address “critical deficiencies”.