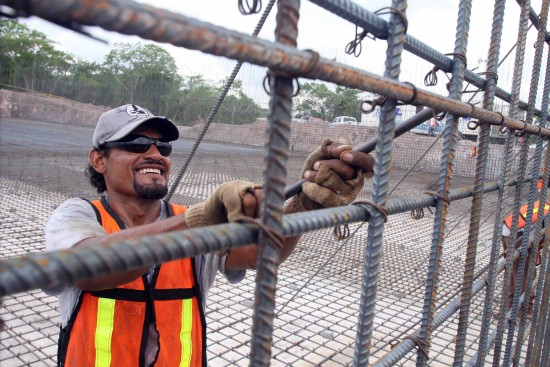 An extensive campaign to overcome businesses misclassifying employees as independent contractors has resulted in legislation that, if passed later this year, will “punish companies that cheat workers,” including businesses in the construction sector that have been seeking to offload work to save payroll and workers compensation costs.

The McClatchy Newspapers, including the Charlotte Observer and the Raleigh News and Observer, launched the campaign last year to raise the issue about employee misclassification. Now, key legislation on this matter has passed the critical “crossover” deadline in late April, meaning it could be passed into law this legislative session.

Under the proposed legislation, the North Carolina government would create a special state budget office agency to investigate claims “that a company is pushing workers into contractor limbo to undercut honest businesses,” the News and Observer has reported.

The newspaper quoted Doug Burton, owner of Whitman’s Masonry in Raleigh, as saying that he has struggled to keep his business viable as competitors pushed their employees off the books.

“I think not enough people understand how severe it is,” Burton said. “It needs to be treated severely. I’m glad this is in the works, but there needs to be more to make it truly effective in combatting this problem in North Carolina.”

Under the proposed legislation in Senate Bill 694, the state can assess civil penalties of as much of $1,000 for each case of employee misclassification for repeat offenders. Perhaps more significantly to contractors seeking government work, offenders would be barred from receiving state contracts for five years.

Impressively, business groups that generally don’t encourage government regulation have been speaking in favor of the legislation, including the North Carolina Chamber of Commerce.

The proposed Senate bill includes a temporary amnesty program, requiring employers to file their request for amnesty by April 1, 2016. As well, the draft legislation makes clear that “nothing in this section shall be construed to create a private right of action, at law or in equity, for the activities prohibited by this article,” a measure that will apparently restrict the ability of lawyers to litigate the issue in civl courts.

The newspapers reported last year that the misclassification practice in the construction industry costs the state at least $467 million a year. “Workers were forced to work in limbo, without the protection of workers’ compensation insurance or unemployment benefits,” they reported. “Companies following the law struggled to compete against those able to shave 20 per cent or more from labor costs by treating workers as contractors. When a worker is treated as a contractor, employers do not withhold income taxes or pay unemployment taxes. Workers generally must be employees when they are directed when and how to work.”

When this issue first became public, some industry observers raised questions about the challenges of regulating the distinction between employee and independent contractor rules. The argument – the inappropriate use of independent contractors creates an unfair competitive environment for contractors playing by the rules – touches on the more complex question: “What are the rules?” – and the story gets more complicated because of differing state and federal jurisdictions.

ABC, representing merit shop contractors, says that it opposes any effort to repeal Section 530 of the federal government’s Revenue Act of 1978, “which provides a safe harbor for many businesses utilizing independent contractors.”

ABC also wrote in the recently-published document that it opposes:

The proposed North Carolina Senate bill sets out the definition of independent contractor as based on the following factors:

(1)        Whether the individual is engaged in an independent business or occupation wherein specialized skill, knowledge, or training is utilized independently to complete a specific piece of work.

(2)        Whether the individual is in the regular employ of the contracting party and is paid for completing a specific piece of work instead of being paid wages.

(3)        Whether the individual selects his or her own hours to complete the work by a deadline and is not subject to discharge if one method of performing the work is adopted over another method.

(4)        Whether the individual has the freedom to use and independently control his or her own assistants.

However, another provision in the legislation observes:“The presence of one or more of the foregoing factors is not controlling, nor is the presence of all of the foregoing factors required in determining whether an individual is an independent contractor.” This suggests that there is plenty of room for interpretation (and possible misinterpretation) of who should be classified as an employee and who should be classified as an independent contractor. 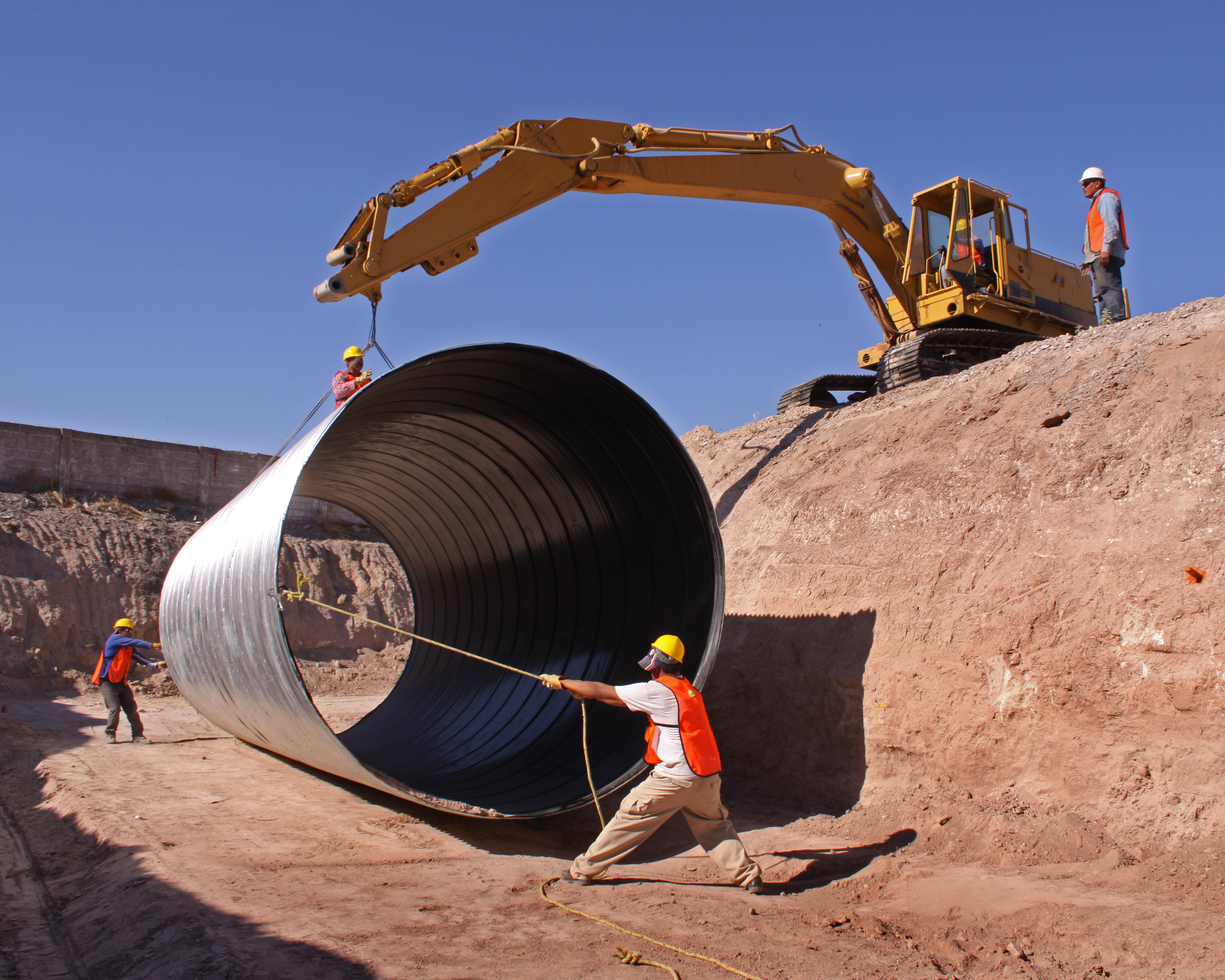 “Companies must be able to make good faith, reasonable decisions about the classification of individuals as employees or independent contractors without fear of misclassification from the IRS,” the ABC reports. “Section 530 of the Revenue Act of 1978 created a safe harbor provision that provides the employer with some protection from liability for accidental misclassification if the employer acted with a reasonable basis and treated workers consistently. Over the years. there have been several legislative proposals that would eliminate the section 530 safe harbor. ABC opposes these efforts.”

“There’s not much I can say other than people who cheat hurt the rest of us,” Cindy Schulz, president of Schulz Iron Works in Raleigh told the newspapers last year. Schulz, first vice-president of American Subcontractors Association of the Carolinas (ASAC), has faced stresses in managing unemployment taxes, as the business needed to lay off workers during the recession.

Competitors, meanwhile, might hire independent contractors to save on the payroll and unemployment insurance taxes.

The question, of course, occurs when what can be a legitimate tax/cost reduction strategy stretches outside the bounds of the law – and here the debate rages between individuals and organizations demanding more regulation, and others seeking as little government intervention in the industry as possible.

“ABC strongly believes that any contractor who knowingly engages in worker misclassification should be held accountable to the full extent of the law,” Geoff Burr, the association’s Washington-D.C.-based vice-president, government affairs said in an earlier statement. “While they are the exception and not the rule, there are certain instances in which the use of independent contractors is lawful and appropriate in our industry, and we support maintaining our members’ rights to use independent contractors in those instances.”

Dave Simpson, president and CEO of Carolinas AGC (Associated General Contractors), said that CAGC is working closely in the N.C. General Assembly with legislators and a business coalition on the legislation. “We are hearing from many folks in the construction industry, who are following the rules, that they are unfairly being put at a competitive disadvantage by those who are not. Those who are not following the rules should be held accountable by the law.”

Simpson also noted that there are provisions in the Senate-passed bill that need to be improved so that one or two mistakes do not automatically put the contractor out of business – especially given that both this proposed statute and the historical case law recognize that there is not a clear, one-size-fits-all definition of whether a person is an employee or a true independent contractor. He added that CAGC has an unparalleled program in the Carolinas offering critical education for its members to help keep a pro-employee, union-free climate in place in the Carolinas.

Ironically, the McClatchy newspaper chain may have been a victim of its own legislative lobbying success. The draft legislation removes a provision of the current law that allows newspapers to treat delivery carriers as independent contractors. Mim Puyear, regional vice-president for McClatchy-owned newspapers in North and South Carolina, has been quoted as saying the third-party distribution companies which deliver the newspapers may experience higher costs to provide workers’ compensation and unemployment benefits, which could be passed on to the newspapers.