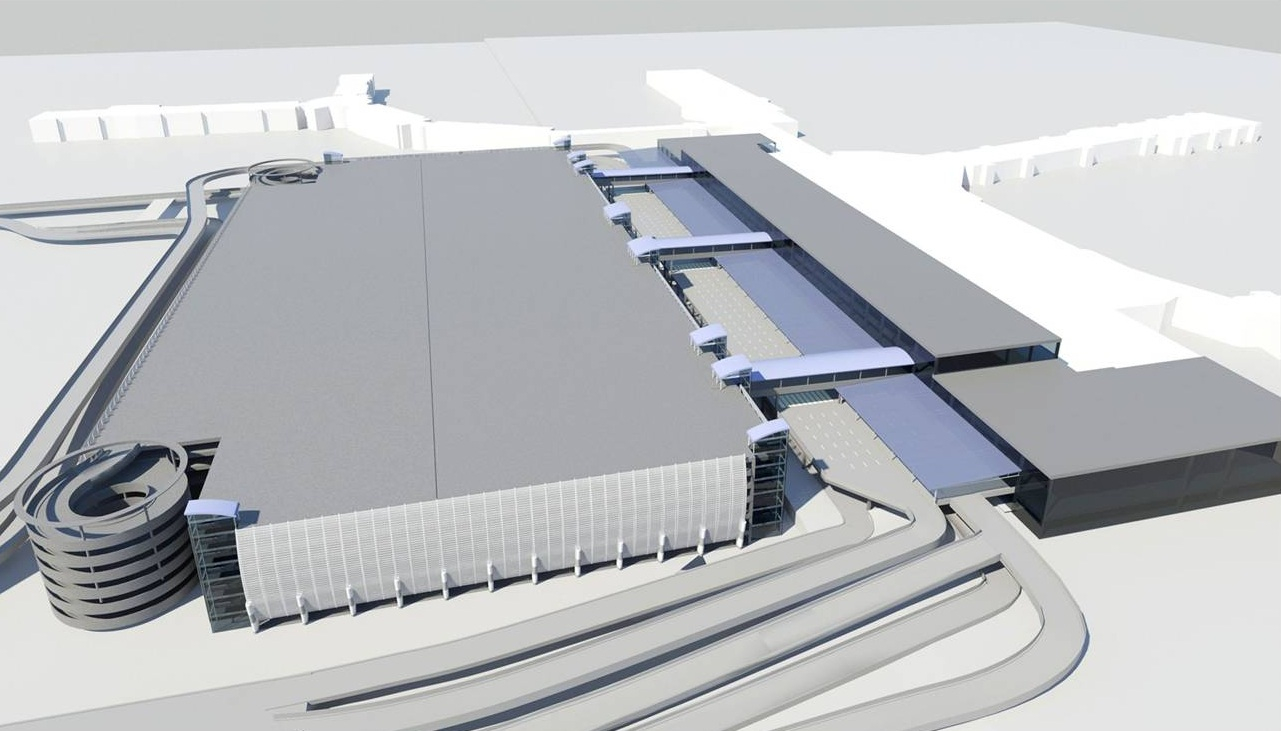 Charlotte Douglas International Airport (CLT) has announced plans for a 10-year. $2.5 billion program to change the roadway passengers use, the terminal and the airfield.

Construction will start with a new eight-lane road this summer, as the airport completes its new hourly parking deck and entrance roads.

The municipally-owned airport’s officials say costs will be paid with airline and concession revenues, as well as state and federal grants, not local tax dollars.

Estimated construction cost is $40 million, with work requiring between one year and eight months (commercial vehicle lanes) and two years for the passenger vehicle lanes.

Bidding for this project, originally scheduled to conclude in April, has been extended until May 12, 2015, as NCCN goes to press.

Charlotte’s terminal will be expanded outwards to provide additional space for baggage claim, ticketing and security. The lobby will be larger with natural light and mezzanine level. The project is expected to cost $247 million.

The airport plans to build a new satellite terminal north of Concourse A (where rental cars were formerly located) with a 25 gates. The 3.5 year project will start in January 2016, with a cost of $310 million.

Officials say other projects include renovating the existing concourses, expanding Concourses B and C, and building a new control tower (367 ft.) on the airfield’s south side.