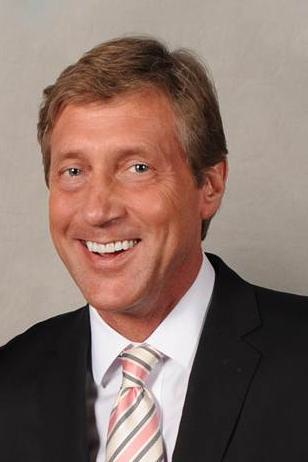 A Raleigh construction company executive has a new part-time job – as a Canadian diplomatic representative. Scott Cutler, vice-president of Clancy & Theys Construction Company, has been appointed as Canada’s honorary consul for Raleigh/Durham.

“He will play a key role in advancing Canadian interests in Raleigh by facilitating relationships between business, elected and community leaders in North Carolina’s Raleigh area and Canada,” said Louise Blais, Canada’s consul general for the Southeastern United States, based in Atlanta.

“Scott joined Clancy & Theys Construction Company in 1986, and has been a member of the management group since that time,” his LinkedIn profile reports.

Clancey & Theys, founded in Raleigh in 1949, has expanded to Wilmington and Charlotte, NC, Newport News, VA, and Orlando FL.

“North Carolina is an important economic partner for Canada,” Blais said in a news release. “We are the state’s largest foreign trade partner, with bilateral trade totalling $10.2 billion in 2014. Exchanges between us have exceeded $10 billion for the last three years. Canada is North Carolina’s top international customer, buying nearly 22 per cent of its exports. Trade with Canada is responsible for approximately 247,500 North Carolina jobs. In addition, more than one million Canadians visited North Carolina in 2013 and contributed $142 million to the state’s economy.”

Canadian companies, large and small, have operations in the Raleigh-Durham area, including, for example, Salix Pharmaceuticals (recently purchased by Valiant), Medicago USA in biopharmaceuticals, RBC Bank in financial services, CGI in IT services and consulting, Canfor in forest products and CCL Label in speciality labelling.

“These are already significant achievements and we are convinced that Scott Cutler will do much more to strengthen Canada’s North Carolina connection“, Blais said. “He will play a key role in advancing Canadian interests in Raleigh by facilitating relationships between business, elected and community leaders in North Carolina’s Raleigh area and Canada.”

The Canadian government news release said Cutler has been active in the Raleigh community serving on numerous state and local boards and task forces, including the Raleigh Planning Commission, Raleigh Civic and Performing Arts Center Commission and the North Carolina Coastal Resources Commission. Cutler is a graduate of Wake Forest University, where he was elected to Phi Beta Kappa Honor Society. He is also the proud father of two sons, Scott and Brett.