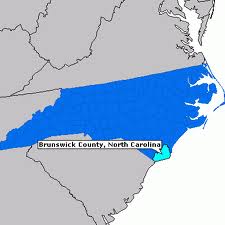 A total of 291 metropolitan areas across the country now qualify as improving housing markets, according to the National Association of Home Builders/First American Improving Markets Index (IMI) for September. This reflects a gain of 44 markets from August and marks the index’s highest level since it was initiated two years ago.

The IMI identifies metropolitan areas that have shown improvement from their respective troughs in housing permits, employment and house prices for at least six consecutive months. In September, 242 housing markets retained their existing positions on the IMI while 49 new markets were added and five were dropped from the list.

“Just over 80 percent of the 361 metros tracked by our index are showing consistent growth in three key measures of housing market strength – prices, permits and employment,” explained NAHB Chairman Rick Judson, a home builder from Charlotte, N.C. “While there is still plenty of room for growth, this is an excellent indication of how the housing recovery has begun to take hold across more geographic areas.”

“The dramatic increase in markets qualifying for the IMI in September was partly due to a recent improvement in the way that Freddie Mac measures home prices, which resulted in stronger gains than previously reported,” noted NAHB Chief Economist David Crowe. “Even so, the broadened list of metros on the IMI continues to demonstrate the slow but steady gains that individual housing markets are making to bolster the national outlook.”

“With every state now able to claim at least one county that’s part of an improving metro, and 23 states having charted at least one new entry in September alone, prospective home buyers have good reason to be encouraged by this news,” said Kurt Pfotenhauer, vice chairman of First American Title Insurance Co.

The IMI is designed to track housing markets throughout the country that are showing signs of improving economic health. The index measures three sets of independent monthly data to get a mark on the top Metropolitan Statistical Areas. The three indicators that are analyzed are employment growth from the Bureau of Labor Statistics, house price appreciation from Freddie Mac and single-family housing permit growth from the U.S. Census Bureau. NAHB uses the latest available data from these sources to generate a list of improving markets. A metro area must see improvement in all three measures for at least six consecutive months following those measures’ respective troughs before being included on the improving markets list.

A complete list of all 291 metros currently on the IMI, and separate breakouts of metros newly added to or dropped from the list in September, is available at www.nahb.org/imi.  Read More.