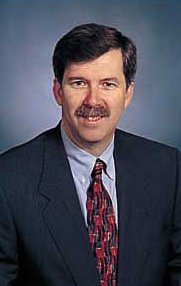 Rising consumer confidence and a strengthening housing market will position North Carolina for a “breakout year” in 2014, UNC Charlotte economist John Connaughton said. in the Charlotte Observer.  Issuing his quarterly forecast for the state, Connaughton said he expects the North Carolina economy to gain about 86,000 jobs next year as the employment picture improves across a range of sectors. That’s a sizable jump over the 53,100 jobs he estimates the state will gain this year.

With the U.S. economy driven largely by consumer spending, he said, recent gains in consumer confidence levels and in spending on housing bode well for next year. “If (those statistics) continue to show the momentum they have shown in the past seven months and that continues into 2014, we should see the first year for most folks that will actually feel like a recovery,” he said.

The state’s seasonally adjusted 8.9 percent unemployment rate ranks third highest in the nation. By the end of December, Connaughton expects it to be around 9 percent.

He said sectors such as business and professional services and education and health services have been leading the state’s recovery, but construction and manufacturing activity are gaining steam. The Charlotte region’s construction sector has added 1,500 jobs over the year. But the region’s leading job-creating sector, the lower-paying leisure and hospitality industry, added more than 8,000.

Homebuilding permits are up, and Connaughton said construction should pick up by early 2014 to the point where “it’s going to start to become a driver in the economy.” He suggested to business leaders that the state needs to do more to recruit new jobs. He said that’s partly because the recession left fewer jobs. Therefore, the state needs to be more aggressive in going after corporate relocations, he said.

Gov. Pat McCrory’s administration is working on revamping the state’s economic development and corporate recruiting system. Connaughton said the state legislature’s move this summer to reduce corporate and personal income tax rates will help, but the impact won’t be felt until after 2014. Read More.