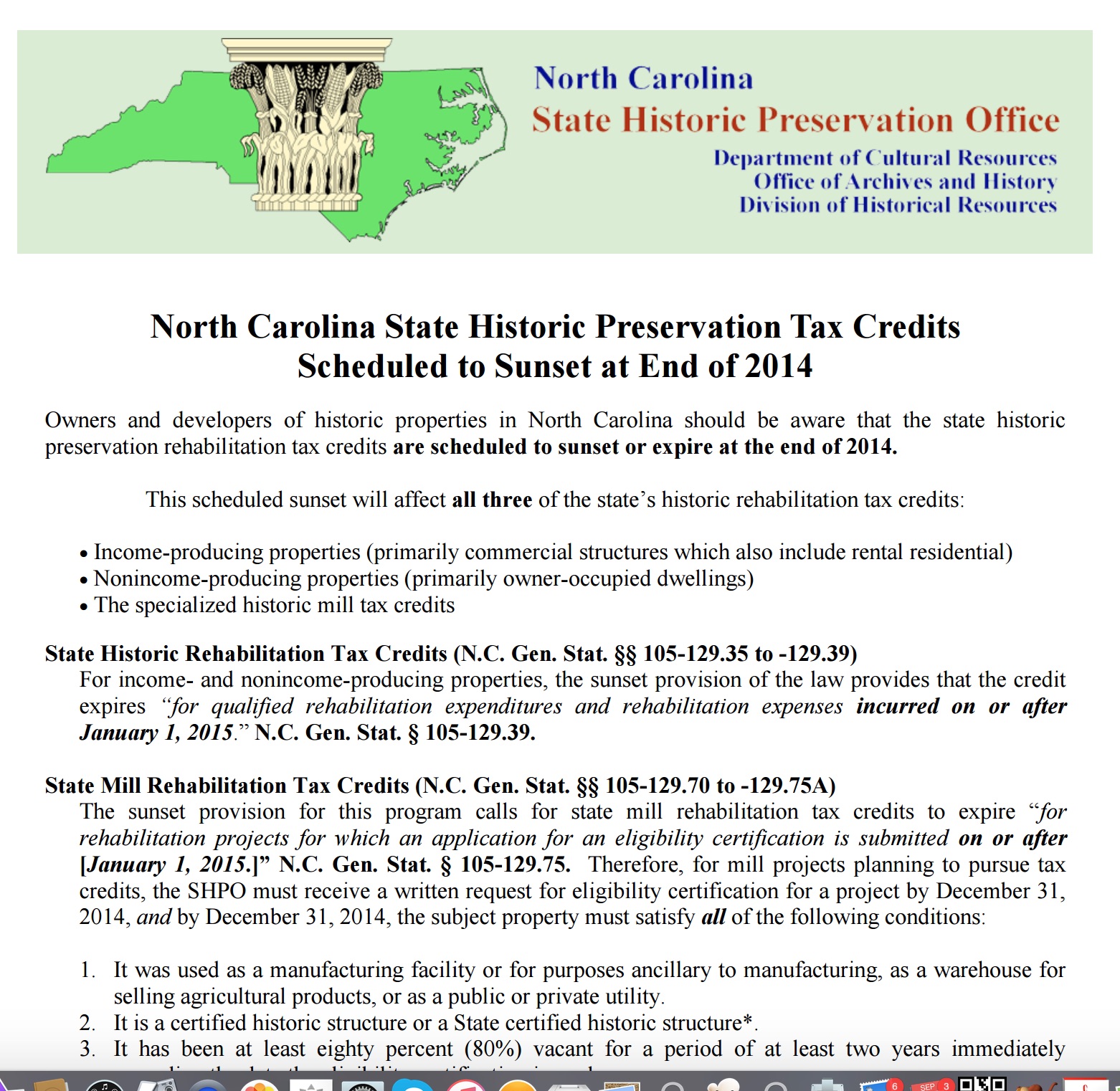 North Carolina lawmakers have indicated they will restore the Historic Preservation Tax Credit as part of legislative budget compromises.

“When our efforts began, historic tax credits were not a part of the statewide legislative conversation,” the Metropolitan Mayors Coalition said in a statement  that pointed to a petition calling for the expired credits’ reinstatement. More than 5,500 signatures were on it as of Sept. 2.

The News and Observer reported on Sept. 15 that the compromise “restores version of historic preservation tax credits, which expired at the end of 2014.”  The article doesn’t provide greater details.

Earlier, Sen. Harry Brown (R-Onslow), a Senate Appropriations Committee Chairman, said: “I say up here all the time that nothing up here is ever dead until we leave,”

While the House budget included a tax credit program for the preservation of historic structures, the Senate’s did not. The Senate has been less amenable to tax credits, particularly in reactivating those that have expired, on the view that they detract from 2013’s reforms that included income tax rate reductions, the CAGC reported.

Groups including the state chapter of the conservative Americans For Prosperity say revisiting the credits for reinstatement goes against tax reform philosophy. In May, the group in an open letter asked the House to “keep your promise to taxpayers and allow these special interest handouts to expire.” Asked if the credits’ life in budget talks was a sign of the Senate softening to them, Brown said: “I don’t think that we’ve softened. I don’t know that’s the right word. But again as you start negotiations, and those negotiations are going on now, a lot of things get back on the table.”(Benjamin Brown, THE INSIDER, 8/27/15).