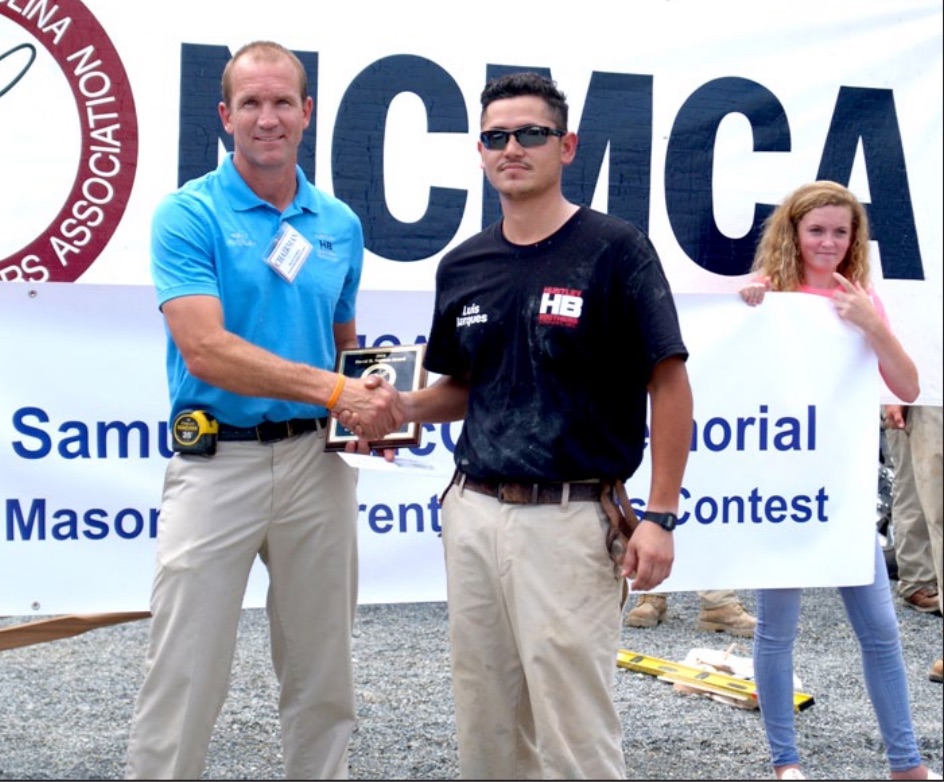 Luis Marquez, an apprentice with Huntley Brothers Company in Monroe is the winner of the 2016 David R. Sigmon Award for his first place finish in the Annual North Carolina Masonry Contractors Association (NCMCA) Samuel A. McGee Memorial Masonry Apprentice Skills Contest, newly named in memory of Sam, who passed away in September of 2015, North Carolina Masonry News reports.

Thirty-four apprentices from six NCMCA member firms competed for cash and tool prizes in May at Carolina Stalite’s Ben Ketchie Park in Gold Hill. The 2016 contest was co-hosted by Johnson Concrete Company and the NCMCA Metrolina Chapter.

McGee has finished “second” for two years in a row. Marquez finished “fourth” in both the 2015 and 2014 contest.