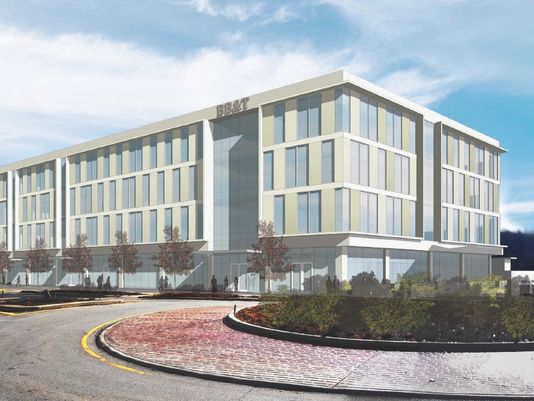 Asheville’s construction economy is booming, with one developer comparing the environment to the Roaring 20s.

“With the economic growth going on right now, it’s like I’ve never seen it in my 30-year career,” Rusty Pulliam told the Citizen-Times. Pullman partnered with John Spake, founder of Sapke Real Estate, on the development of the $24 million City Centre office building project and the sale of a hotel site next to it, the newspaper reported. “I think Asheville has been primed for this growth for years, and it’s just now occurring. If the national economy stays healthy, Asheville is going to have a robust next 10 years.”

The newspaper reported that over the next five years, an estimated  $1 billion in hotels, offices, medical buildings, schools, apartments and retail spots will be constructed.

As an example, Spake described the Reynolds Mountain development in Woodfin, with retail, office and residential. It has been under development for more than a decade, and like most developments, it took a hit after the Great Recession of 2008-09, “going dormant,” he said.

“If I’d come to you a year ago and said, ‘Hey, we’re going to put $60 million of development in Reynolds Mountain,’ you would’ve said, ‘Spake, you’ve lost your mind,'” he was quoted as saying. “But you’re going to wake up a year from now, and it’s going to be complete. It’s pretty exciting for the north side of the county.”

Seller Wells Fargo bank sold a hotel pad for a new Holiday Inn Express and a seven-acre tract to a business group planning a $37 million assisted living facility — and another tract of land will be developed to accommodate two medical buildings.

“I think Asheville has been known for its slow, steady growth, and yes, we had a retraction during the recession, but it has caught up a lot quicker than we’ve ever seen in the past,” Spake said.

Furthermore, the newspaper reports that in Asheville’s downtown west end, Pulliam’s company just closed on a deal to sell the former Buncosmbe County Sheriff’s Office to a hotel developer, a $4 million transaction. “With five hotels underway or scheduled to be built downtown, Pulliam says he expects to see five more announced in the coming year or two,” the story reported.

“About two months ago, it was just crazy,” said Bob Haynes, who handles commercial plan review for Buncombe County.