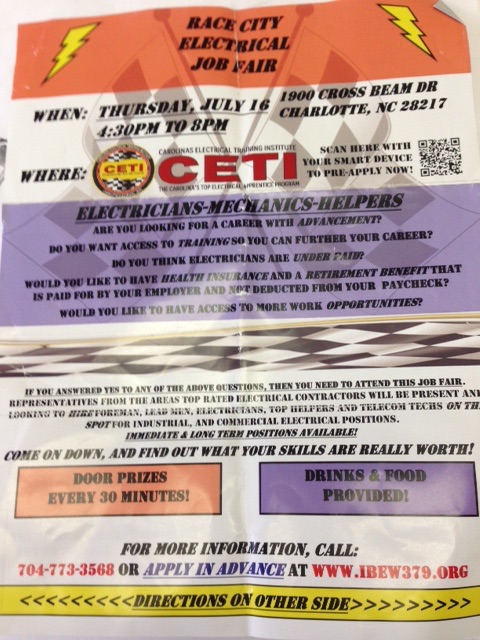 The Associated Builders and Contractors (ABC) in Charlotte has issued a Union Watch Alert. ABC has been notified that the IBEW (International Brotherhood of Electrical Workers) has been on a number of jobsites in a targeting campaign distributing flyers.

“With the recent NLRB quick-election rules now in place, contractors must be ever vigilant in dealing with union organizing,” ABC Carolinas reported in its bulletin. “At a minimum, make sure you familiarize your team with the ABC Pocket Guide to Union Organizing.”

ABC has also put together a Rapid Response Toolkit to Union Organizing which contains materials that are intended to help construction industry employers deal with the most common questions and issues relating to union organizing. The toolkit is for ABC members and can be found on ABC’s website (login required).

The union flyer announced the Race City Job Fair on July 16, with door prizes, drinks and food. It says: “Come on down . . . Find out what your skills are really worth.”