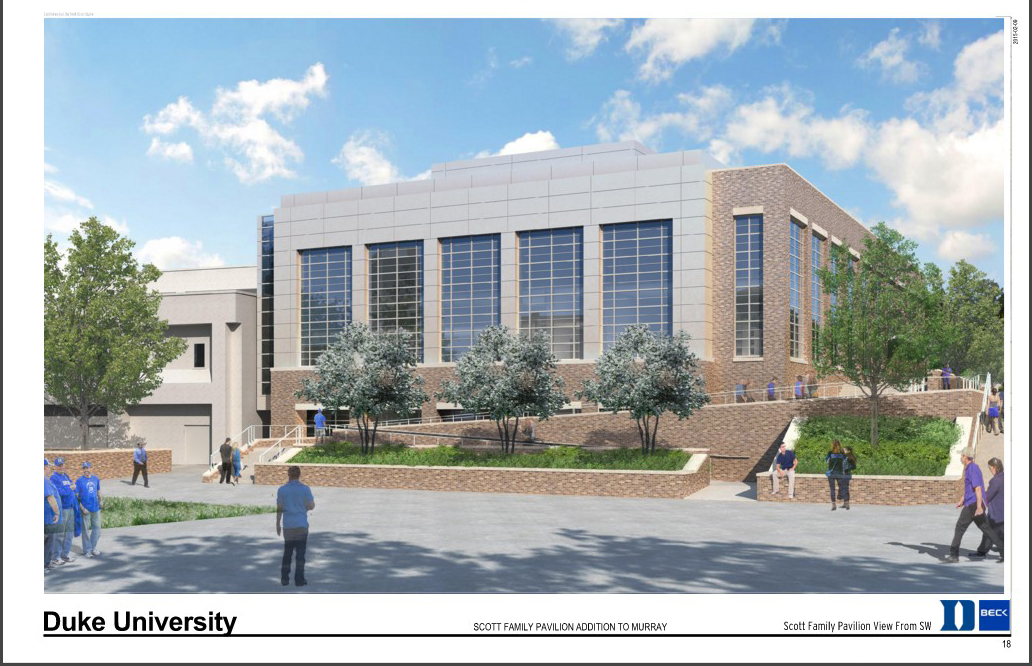 In August 2016, Duke University is set to unveil its new Scott Family Pavilion, a 59,000 sq. ft. project including a three-story addition and renovation of the existing Murray Building.

The facility, designed and managed by The Beck Group, will feature larger strength and conditioning training zones, new locker room space, and an expanded sports medicine therapy area, which will contain hydro-pools and an X-ray room, for the school’s 23 Olympic sports teams, electrical contractor Wayne J. Griffin Electric said in a news release.

Additionally, the project will have new office space and conference rooms for the athletic department’s administration, such as sports information, ticketing, compliance, and business operations. Eight new ticketing windows and a 3500-sf team store will also be highlights of the Scott Family Pavilion.

“We’ve worked on a number of projects with Duke over the years, and we always consider it a privilege to partner with one of the country’s most prestigious institutions,” said Griffin Electric president Wayne J. Griffin. “Duke continues to demonstrate its commitment to both academic and athletic excellence.”