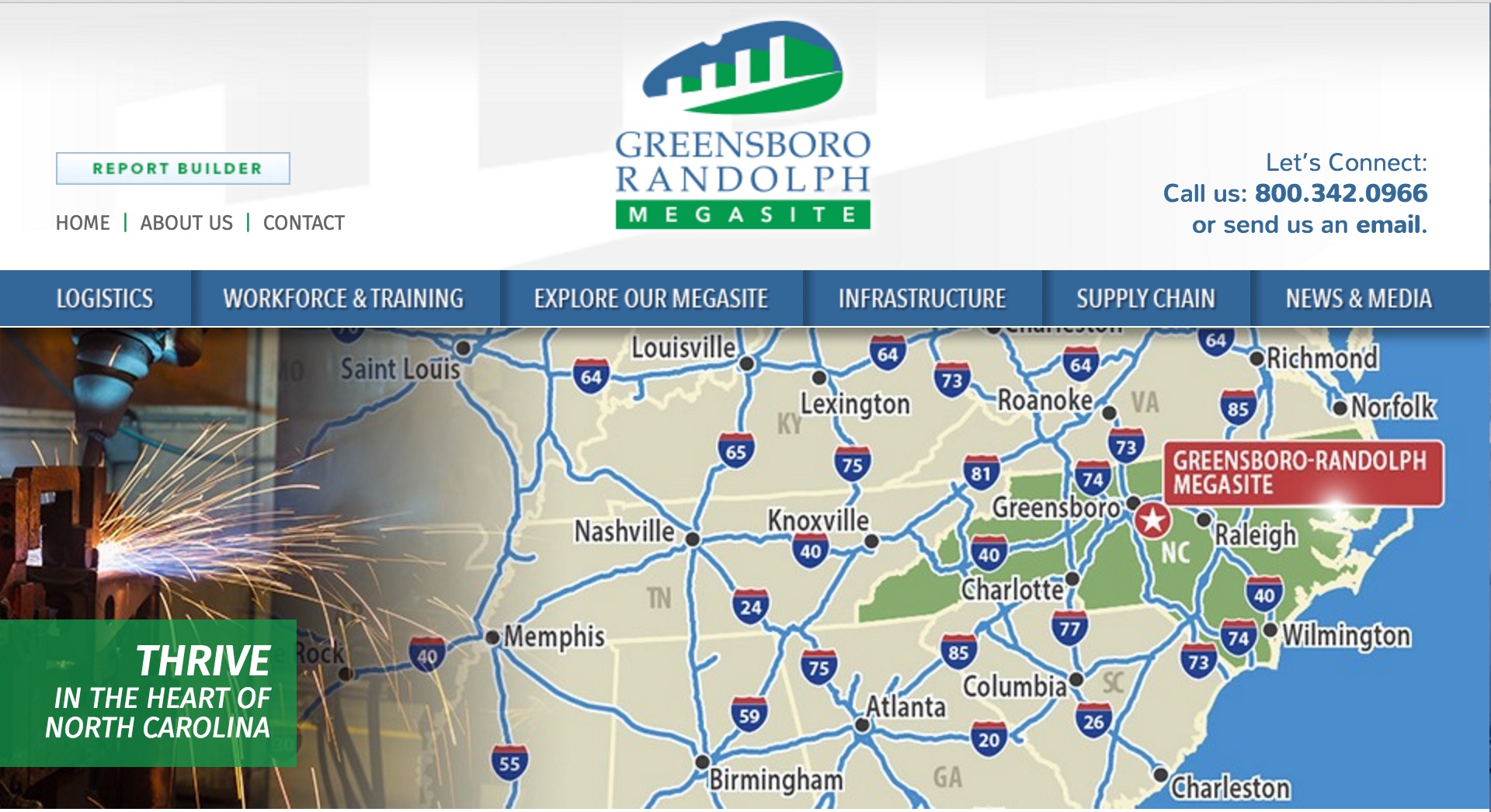 Backers of the Greensboro-Randolph Megasite reached milestones this week in their plans to attract a major automotive manufacturer or other heavy industry, Carolinas Associated General Contractors (CAGC) reports in its weekly Legislative Update.

“The Greensboro-Randolph Megasite Foundation has signed a contract with Duke Energy to begin engineering studies to bring power to the site and another contract with an engineering firm that will design a large interchange to connect with U.S. 421,” CAGC says.

“In an exclusive interview Wednesday, Jim Melvin, the president of that foundation, said his group has signed Zapata-LJB, a preconstruction firm based in Charlotte, to conduct the environmental impact study for the interchange design,” said a report by Richard M. Barron in the Greensboro News and Record, adding that “this week, the North Carolina Railroad Co. said it soon would close on more than 800 acres it is buying to complete this nearly 1,400-acre site.”

Melvin said that, within this quarter, his group would earn megasite certification with private consultant KPMG and the state of North Carolina. Creating a certification document takes months, but once it’s approved, prospects can see that “you’ve got all the things in place — or can be in place within 18 months,” Melvin said. Melvin said the state Department of Transportation will assist in creating the engineering study for the interchange, but the foundation has deposited $25,000 with the state so that no public money will be spent on the design.

Several local and regional economic development groups have been working four years to assemble about 1,400 acres in northeastern Randolph for a megasite.