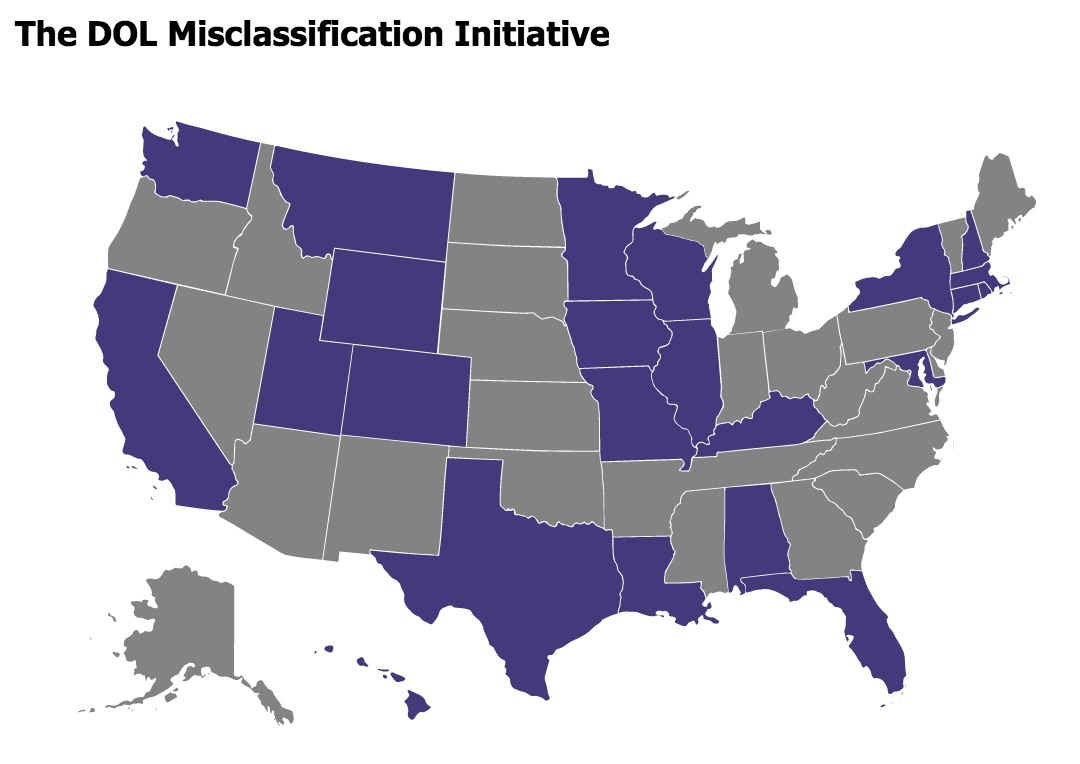 The U.S. Department of Labor (DOL) released new guidance July 15 related to employers’ use of independent contractors, the Associated Builders and Contractors (ABC) reports in its national news brief report.

In the Administrator’s Interpretation and an accompanying blog post, Wage and Hour Division Administrator Dr. David Weil laments the “problematic trend” of deliberate misclassification and considers the guidance part of a “multi-pronged approach” to combat the phenomenon.

Weil’s interpretation asserts an admittedly “expansive” definition of employment under the Fair Labor Standards Act (FLSA), noting that its “economic realities test” is far broader in scope than the common law control test used by the IRS., ABC reports. While the six-part test is meant to establish the economic dependency of a worker, Weil makes clear that no single factor is determinative, no part should be given undue weight, and that its application should entail qualitative analysis rather than a quantitative checklist. Notably, Weil asserts that any agreement relating to independent contractor designation, however mutual, “is not relevant to the worker’s status.” Proper classification, according to Weil, hinges entirely on the economic realities of the relationship:

“While this guidance stops short of a formal rulemaking, it signals an emerging hostility toward the independent contractor model and an aggressive new posture towards enforcement of the existing rules,” the ABC newsletter reports. “Contractors are encouraged to review the interpretation, its prescribed tests and their associated examples, several of which involve the construction industry. Those seeking more information may register for one of ABC’s upcoming webinars on the subject.”