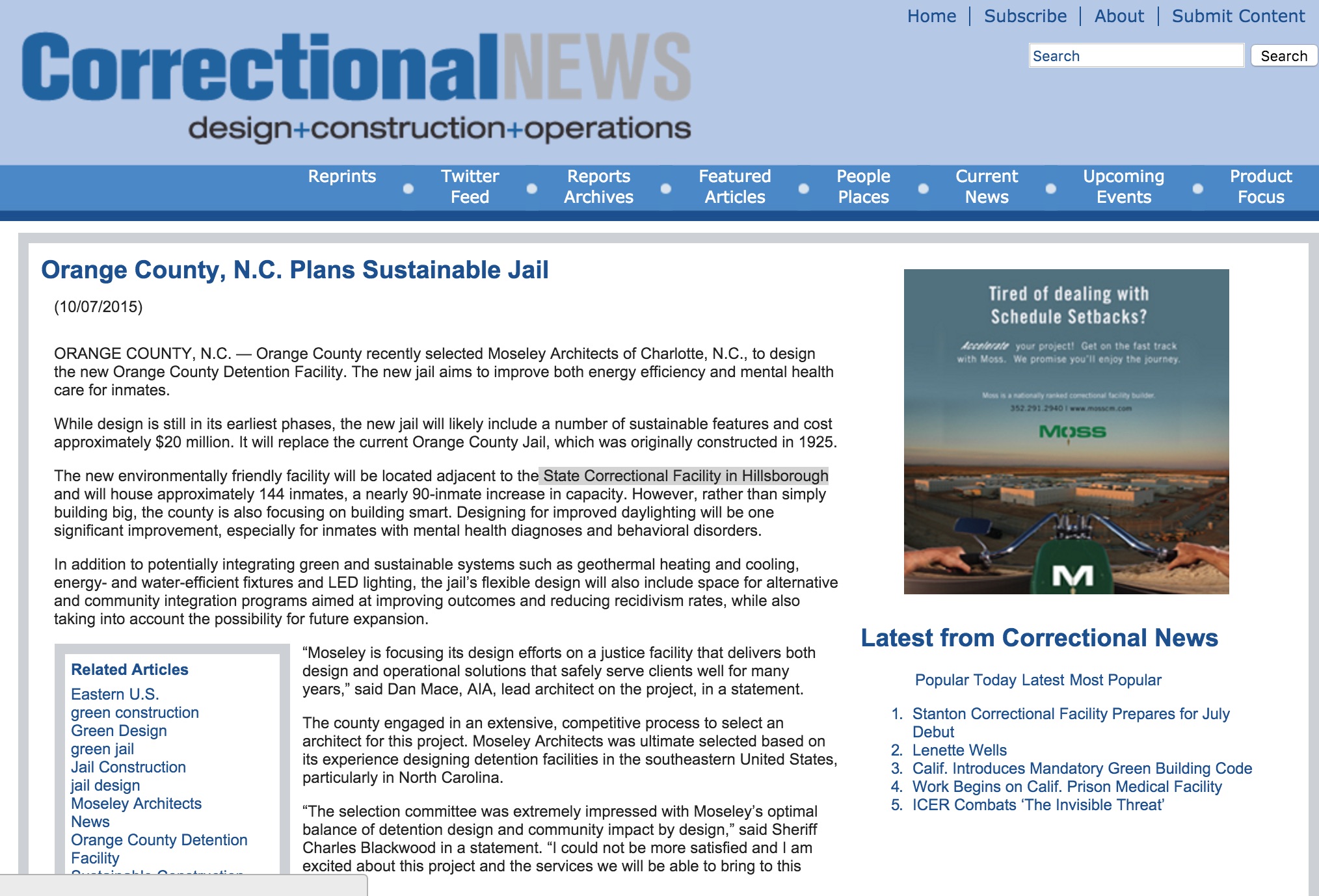 The new jail will likely include a number of sustainable features and cost approximately $20 million. It will replace the current Orange County Jail, which was originally constructed in 1925.

In October, the county posted a bidding opportunity for a Construction Manager at Risk, with work expected to commence in mid-2016. (Bids have closed but results have not been released at press time.)

The new environmentally friendly facility will house approximately 144 inmates, a nearly 90-inmate increase in capacity. However, rather than simply building big, the county is also focusing on building smart. Designing for improved daylighting will be one significant improvement, especially for inmates with mental health diagnoses and behavioral disorders.

In addition to potentially integrating green and sustainable systems such as geothermal heating and cooling, energy- and water-efficient fixtures and LED lighting, the jail’s flexible design will also include space for alternative and community integration programs aimed at improving outcomes and reducing recidivism rates, while also taking into account the possibility for future expansion.

“Moseley is focusing its design efforts on a justice facility that delivers both design and operational solutions that safely serve clients well for many years,” the project’s lead architect Dan Mace said in a statement.

The county engaged in an extensive, competitive process to select the architect. Moseley Architects was ultimate selected based on its experience designing detention facilities in the southeastern United States, particularly in North Carolina.

“The selection committee was extremely impressed with Moseley’s optimal balance of detention design and community impact by design,” Sheriff Charles Blackwood said in a statement. “I could not be more satisfied and I am excited about this project and the services we will be able to bring to this county.