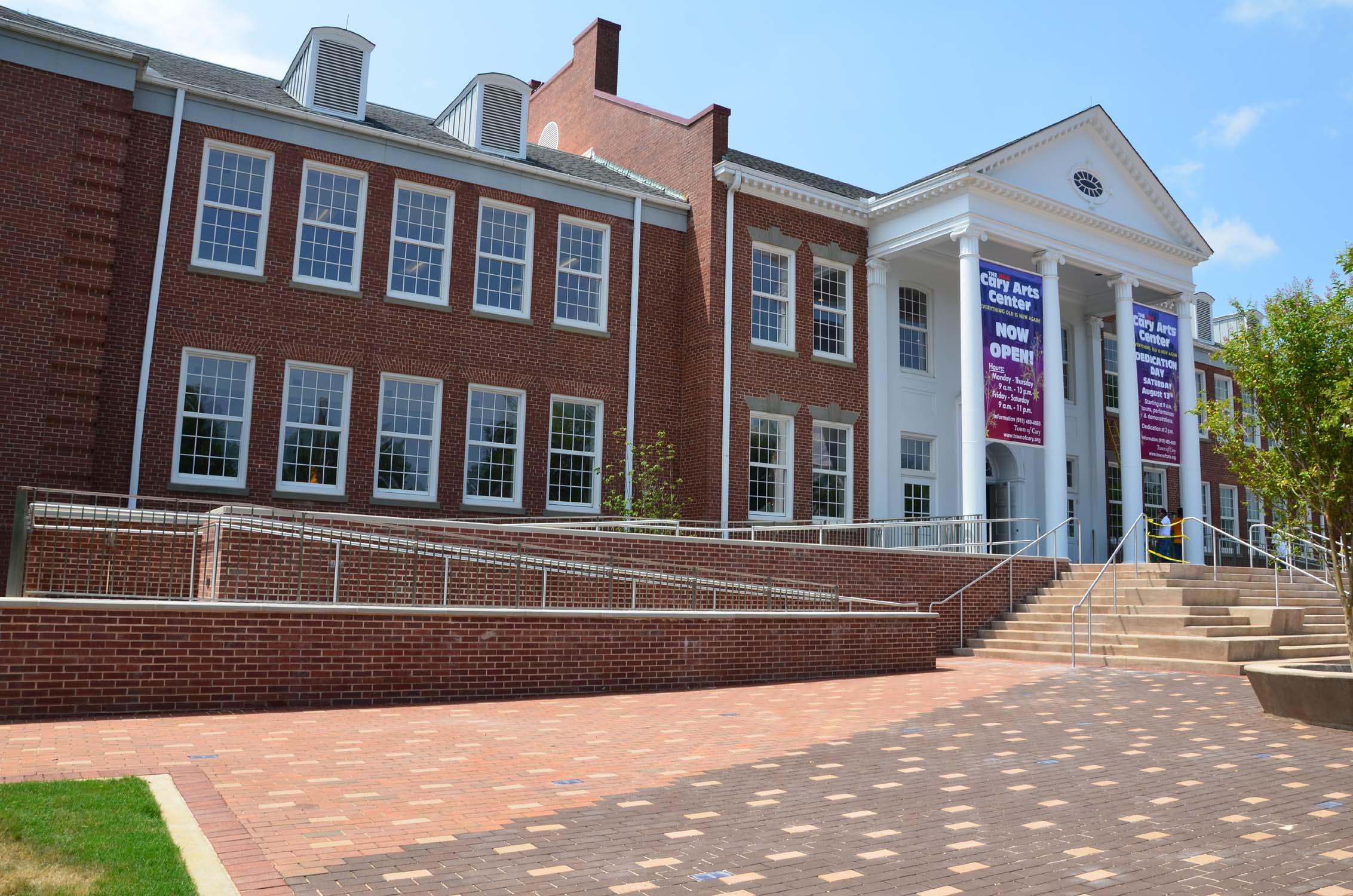 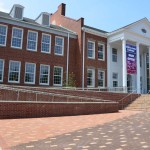 There are unique pre-existing conditions that limit the owners’ and architects’ vision and must be accommodated. Plus you never know what you’re going to find just below the surface. Transforming the 1938 Cary Elementary School into the Cary Arts Center had more than its share of unusual conditions and surprises – which included protecting an award-winning blackjack oak tree that abutted the building and discovering the remains of a dormitory under the parking lot. But the architect, Raleigh-based Clearscapes, and the contractor, Winston-Salem-based New Atlantic Contracting, also had to tread very lightly during the 16-month, $13.1 million design-bid-build project. For they were working on a beloved icon, a representation of which is included in the town seal.

“The building sits on the highest point in Cary, and it is the focal point of the revitalization of downtown,” explains Ellie Torre, the project architect. “We put an addition in the back, but it had to be visually unaltered from the front. It was a powerful presence to maintain.”

“Exterior modifications were off-limits,” says Bob Egan, director of the Building Systems Group at Wooten Company, which handled the mechanical, plumbing, electrical and fire protection components of the renovation. “And we had to use the existing roof features, like wood joists and odd kinds of concrete. It was a hodgepodge of structural conditions.”

Fluted aluminum wraps had been added to the columns on the front of the structure during a previous renovation. These were taken off and replaced with smooth column wraps with detailed tops and bases so it looked like the original. That had to be explained to some residents, who were concerned that the constructors were disturbing one of the town’s treasures.

The project included a 41,000-square-foot renovation, plus construction of a 7,100-square foot addition that converted the old school auditorium into a modern 400-seat theater (complete with computer-controlled lighting systems) with a 60-foot-high fly loft above the stage. The three-story center also includes classrooms, studio and rehearsal space, offices, a small gallery and workshop space for ceramics (with kilns) and textile classes.

The front hall has been opened up to create a two-story lobby with a glass wall of artwork that features historic photos of the school (whose origins date back to 1867), as well as a grand staircase of multi-colored glass pieces, including hues of navy blue and indigo.

Says Torre, “We wove in a historic feel with hints and glimpses of the past and created a new fresh vibrant art center.”

Townspeople were more than happy with the final product. Some 5,000 of them showed up for the August 13 grand opening. “It has generated tremendous excitement, and members of the town council told us it exceeded their expectations,” comments Lyman Collins, Cary’s cultural arts manager.

That’s because public input was an integral part of the design process. Planning – which began in 2007 — included public meetings and focus groups long before construction began in 2009. At those meetings, users talked about their programming needs. The center was then designed to meet those needs.

“It was designed to be versatile for use by all groups,” Torre says. “The volunteers were very passionate about what it would take to realize their dreams.”

New Atlantic project manager Michael Hardman says the building was in “pretty bad shape” when they started. For one thing, it lacked any kind of fire protection. The interior had to be completely gutted

One issue to be addressed was that the school had several different floor systems that were not level with each other. Even concrete floors had different thicknesses. But the floors had to be made uniform and level to make the center handicapped accessible. The team used a number of solutions – from simple ones like laying carpet over the floors or applying a drywall-like flooring compound to more complex ones such as constructing a floating tile floor in the third-floor bathrooms.

Other issues required even more creative thinking. A new exhaust stack needed to be attached to the boiler in the basement, but there was no apparent way to install it. Yet there was an existing 60-foot chimney in the middle of the building. It took a week to put the stack together on-site and then an entire day – and two cranes — to hoist it into the existing chimney and attach it to the boiler.

“Watching them snake that inside the chimney was really something to watch – it was not easy,” recalls Brian Hamilton, the project manager for Wayne J. Griffin Electric, Inc. .

New Atlantic subcontracted most of the work out, rather than self performing all the work, and we coordinated and managed those subcontractors. We did maintain a staff on site to address minor issues. But Hardman still met weekly with the subs that were used, right before his meeting with the engineers, various facility users and the architects.

“You can imagine what it was like with engineers and artists in the same room,” Egan says. “That added a unique element, and they successfully incorporated art into the architecture of the building. I was impressed with what Clearscapes came up with, and it’s a credit to the contractors working together that it could happen. But it was the drive and willpower of the owners that made this a success.”

Collins, on the other hand, has high praise for New Atlantic. “They had a continual positive attitude about the project…like the day we found a dormitory buried under the parking lot. They told us, ‘We’ll get through this,’ and that was their attitude consistently. I felt comfortable with and trusted their leadership team.”

Because of the unexpected conditions, there were $1 million in change orders “There weren’t a lot of contingency funds – every dollar was watched very closely.” Hardman says. But, adds Egan, “We could draw things, but there were physical limitations.”

One of those limitations was the small lot size, which had a zero lot line in the back, where the addition was built. In fact, the theater crosses the property line of the current Cary Elementary School, and easements had to be acquired, Crews worked Saturdays and evenings during the school year so as not to interrupt classes. A plywood wall was erected between the school and the construction, which students painted to create a colorful mural.

“It was a difficult project, but I think the whole thing turned out pretty nice,” Hamilton says.