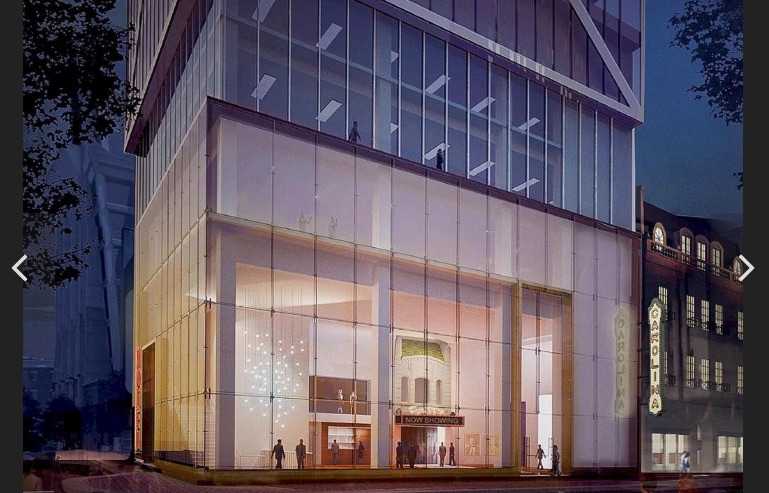 The 36,000-sq. ft. building has been vacant since 1978, and the foundation plans to partner with a developer on a new multistory building at the corner of Tryon and Sixth streets featuring office space or a hotel, Charlotte Business Journal has reported.

The foundation would rebuild and incorporate the historic theatre entrance as an interior feature of the new building, which would feature a “tall glass-panel-sheathed lobby,” according to the commission.

The foundation has said the development will serve as a “convening space for symposia, major speakers, panel discussions and documentary films, as well as educational and thought leadership activities,” and it hopes to begin construction next year.

Under the terms of the city’s sale of the property to the foundation, it must begin renovations by the end of 2018, and the project must be substantially complete by the end of 2023.