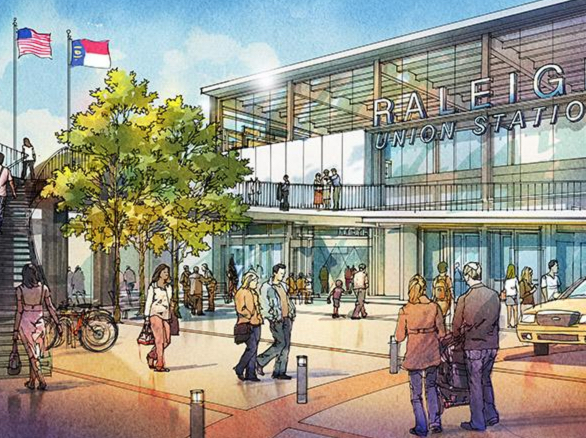 Raleigh City Council has voted to approve a $7.2 million increase to the budget to build a new Union Station, rather than opting to cut costs by tweaking the original design.

The increase raises the total budget for the project to $54.7 million. The construction will be completed as a joint venture between Clancy & Theys and Skanska.

City planners presented several options to the council that would have either cut or altered various aspects of the project in order to save money. But council members said they felt it was important to make the additional investment as a signal to the private sector and the Raleigh community that the project was a top priority for the city, according to the Triangle Business Journal.

Councilman Wayne Maiorano says it is his belief the new Union Station will help promote growth downtown. “It’s critically important to the city that we make the investment to ensure quality,” he says. “There are many reasons that I support the additional funding, which I think is an appropriate use of public dollars.

Councilwoman Kay Crowder says she supports the project. But she was concerned Wake County’s emerging transit plan will not place an emphasis on rail.

Raleigh City Manager Ruffin Hall says the county remains committed to rail. “It’s a matter of timing,” Hall says. “Rail is still part of the county’s 10-year funding plan, but they’re going to move that down the timeline.”

Community members said it made sense to approve bus improvements now, while waiting to invest in a rail system until it’s possible to coordinate with Durham and Orange counties on their proposed rail line.