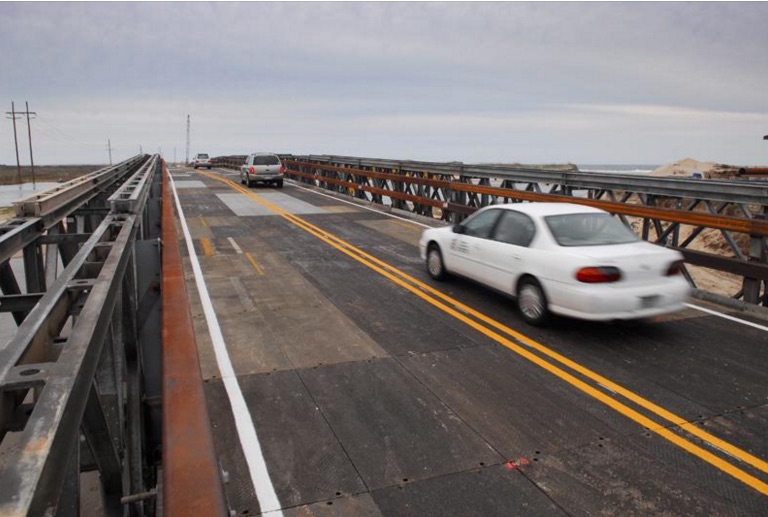 The North Carolina Department of Transportation (NCDOT) has chosen T.A. Loving Co. of Goldsboro to build a $14.3 million new bridge at Pea Island in Dare County.

Construction could start on Nov. 30.

The project must be completed by April 12, 2017, or the contractor will face a $5,000 per-day penalty for each day past the deadline.

The effort to replace the existing Pea Island structure bogged down after the project became entangled with litigation involving the Herbert C. Bonner Bridge, Triangle Business Journal has reported. NCDOT had begun construction to build a permanent replacement to the bridge last year. But that work was suspended while the department and groups represented by the Southern Environmental Law Center were in negotiations to resolve a dispute centering upon environmental concerns about a proposed replacement for the Bonner Bridge.

This is one of seven road and bridge projects recently awarded by NCDOT. The contracts are worth $42.6 million, which the department says is $7.3 million below engineers’ estimated cost.