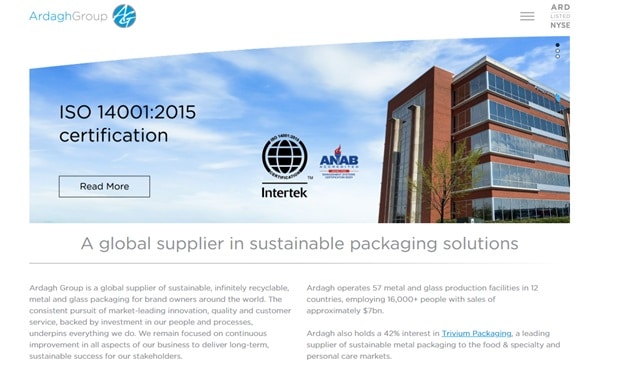 Ardagh Group will expand its plant in Forsyth County.

The company will invest at least $195 million to expand its current beverage can metal manufacturing facility in Winston-Salem. The investment is expected to add 94 new jobs.

Ardagh has 57 glass and metal production facilities around the world and has produced aluminum beverage cans and can ends in Winston-Salem since 1975. With six production lines, the Winston-Salem site is the company’s largest can manufacturing facility in the United States.

The latest expansion will include building improvements and convert warehousing space to production space with two new modern high-speed can manufacturing lines to the existing site.