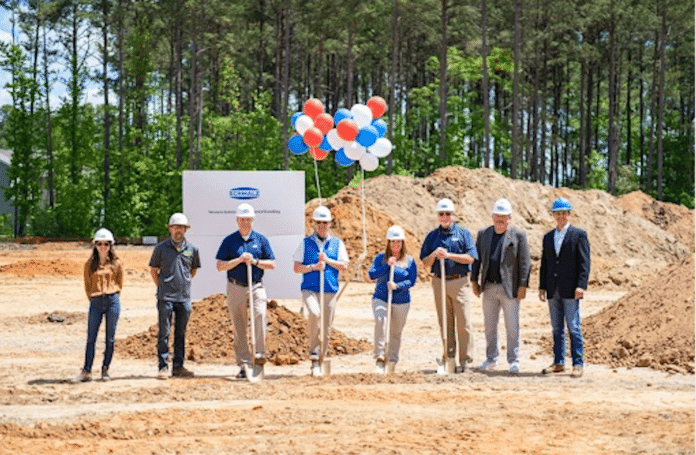 Schmalz has broken ground on the expansion of its headquarters at 5850 Oak Forest Dr. in Raleigh

The existing building of the U.S. headquarters was only completed in July 2016; and due to continued, rapid growth over the past three years, the first significant expansion is already being executed ahead of schedule.

The new construction will triple the size of the existing facility and is scheduled for completion and move-in by early December. The investments to date in the Raleigh location total well over $14 million and counting as more significant investments are already planned in the coming years.

The additional building will provide more room for assembly and testing of the growing robotic automation and material handling systems product offerings.