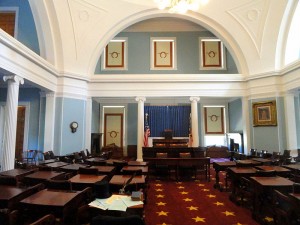 North Carolina Construction News has been keeping you apprised of the continuing effort to overhaul the state’s lien law. On May 22 Sen. Brunstetter filed Senate Bill 864.  To some, the proposed revisions look minor. This is not the case. North Carolina’s lien law is a complex maze, and a word here, a definition there, can make a huge difference in whether and how lien rights are enforced.

Things got hot last summer in Raleigh for the North Carolina’s construction industry, with contractors, subcontractors and suppliers, title insurers and construction lawyers butting heads over proposed changes to the state’s lien law. Everyone agreed something needed to done, but no one could decide exactly what.

The N.C. Bar Association held a public hearing to find a solution to the problems with the law last revised in 1969. Stakeholders were also invited to express their concerns with the association’s drafting committee members. Several drafts were sent out to those who had attended the public meeting to obtain their thoughts and comments. Still many comments were at odds with those of others in the industry. For example, general contractors said they face a problem of “double payments” to subcontractors and suppliers.

The subcontractors and suppliers, of course, had a different concern. They say recent bankruptcy decisions stripped them of many of their lien rights unless they served liens before the first-tier subcontractor filed bankruptcy. That is difficult, they say, because they don’t routinely want to serve liens unless there is a problem.

Title insurers, meanwhile, griped about what they call “hidden liens,” which occur when a building is finished near the closing date. The title insurer does its search, finds nothing encumbering the property and issues title insurance.

Meanwhile, a contractor who hasn’t been paid by the original owner has 120 days from the time he finishes the project to file a lien. Once he does, the new owner files a claim against the title insurer, which is obligated to make the title good.

There was another factor complicating the process of revising the law. Three bankruptcy rulings handed down by the Bankruptcy Court of the Eastern District of North Carolina clouded some of the rules the stakeholders were working under. The other was a legislature unwilling to dive headfirst into the issue without consensus from the industry. House Bill 489, introduced in March 2011, failed to gain traction.

Instead, the issue was assigned to a legislative study committee, which has scaled the provisions back. There’s no longer any provision, for example, on “hidden liens.”

The latest proposal does classify off-site non-commodity work as “improvement,” which means it qualifies for lien rights even if it is not delivered to the project site. It also provides standardized lien waivers, designed to eliminate confusion that arises from the language of existing forms. The changes that will go before the legislature this summer also increase sanctions for false statements and subject violators to discipline from their governing boards.

Even though the proposal has been scaled back, some players still have misgivings about the changes, and passage is not assured when the full legislature takes the revisions up in the short session of the General Assembly this summer.

John M. Sperati, a construction lawyer with Smith Debnam Law in Raleigh, says his clients are divided. “It’s a knife that cuts both ways,” Sperati says. “For general contractors and owners, some of those things are good. But for subcontractors, it creates burdens on them. We pushed to take out those burdens.  North Carolinais one of a handful of states that have constitutions protections in lien laws. Some of the proposed changes would have removed the constitutional protections.”

Melissa Dewey Brumback, a litigator with Ragsdale Liggett PLLC in Raleigh who focuses on construction, also remains leery of further versions to the lien law. “My concern with the various proposals to modify the current lien statute relate to my representation of design professionals; that is, architects and engineers,” Brumback says. “Currently, the design professionals are usually in the best position with regard to lien rights, as they are usually the first and often the last to furnish services to improve a property.  This enables them to work well with their owner-client regardless of the owner’s temporary financial issues. Because the lien ‘relates back’ to the date of first service, the designer does not have to press for late payments from the owner quite as quickly as subcontractor or supplier needs to do.  They can work with an owner experiencing temporary financial issues without risking their own lien priority.”

Some of the proposed revisions to the Lien Law have attempted to change the current lien law priority in an effort to reduce the potential “hidden lien” issues for title insurance companies.  While the proposal on the table right now does not significantly alter anything for architects and engineers, I remain concerned that future efforts to deal with the “hidden lien” issue may revive proposals that put the design team’s early lien rights at risk,” Brumback says.

Sperati recognizes that his clients have competing needs, which means there likely won’t ever be agreement on changing the law. “The best compromises are ones that nobody is really happy with. I’m still concerned about the changes for subcontractors and suppliers, particularly the bond claim on state-owned projects. For the general contractors, those things are fantastic. But it could hurt the people providing labor and materials. For folks that are small suppliers, it puts a recordkeeping burden on them that may not justify the cost.”

He’s hopeful that a provision exempting everything under $10,000 will be approved as part of the eventual package. “If it went through as it is, I think everybody could live with it. But additional changes could hurt. If those provisions from last year sneak back in, my clients would be more unlikely to support it.”

Readers are welcome to visit www.ncconstructionnews.com for updates on the NC lien law revisions.  A lot can change between now and the end of the legislative session.