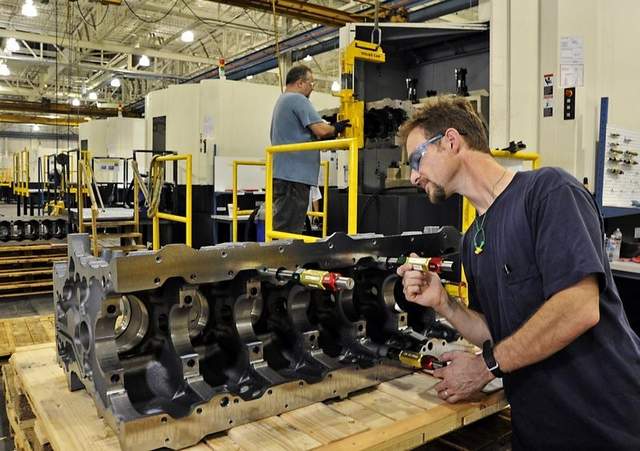 The Asheville Citizen-Times reports the WNC Economic Index posted a 0.4 point gain for July up to 103.0, its highest showing since 2008 and the start of the Great Recession.  The index measures the size of the labor force, unemployment, productivity and economic activity across 25 western counties.

“We’ve recorded considerable gains in regional economic activity over the past three months,” said Todd Cherry, director of the Center for Economic Research and Policy Analysis at ASU. “It’s the best three-month period in more than two years. The question is, will it continue and will this translate to better labor market conditions.”

Regional unemployment averaged 9.9 percent in July, down only a fraction from the 10 percent in June. But that slight dip showed the first seasonally adjusted decrease in four months, Cherry said.

“The regional economy has been improving. We’ve experienced growth in 13 of the last 15 months. But the level of growth has never reached the point that is required for marked improvements in the labor market,” Cherry said.

Pent-up demand among manufacturers in the region should brighten the jobs picture in months and years ahead, said Scott Hamilton, CEO of AdvantageWest, the regional economic development agency that serves the western counties covered in the report.

“With the expansion of our existing industries and the new industries that have announced coming into the region, they are now starting to hire and that is starting to show in the jobs numbers,”Hamiltonsaid.

Total employment stood at 549,864 workers, down slightly from June, according to index data. The region has created 20,639 new jobs since the low point reached in December 2009 when the workforce had shrunk to 529,225.

Despite the gains in the index, Cherry pointed to problems still hindering a strong recovery both locally and nationally.

“A confluence of factors, such as a slow global economy, substantial budget cuts and persistent policy uncertainties, has created a considerable on-going headwind for the recovery,” he said.

But economic opportunity still looks promising for the region.Hamilton’s agency had 39 projects in 2011 with prospective employers considering plants or businesses in WNC. Through the eight months of 2012, AdvantageWest recruiters have already worked on 44 projects.

About a third of those projects in any given year typically result in new businesses coming to the area,Hamiltonsaid.

Seasonally adjusted WNC unemployment was 9.9 percent in July – down 0.1 points from June, and down 1.2 points from one year ago. The state and national unemployment rates both increased to 9.6 percent and 8.3 percent, respectively.

Over the past year, all but two WNC counties — Avery and Mitchell — experienced decreases in unemployment. Avery remained flat for the year with joblessness stuck at 11.6 percent since July 2011. Mitchell actually saw unemployment rate increase 0.2 percent over last year to 12.3 percent in July.