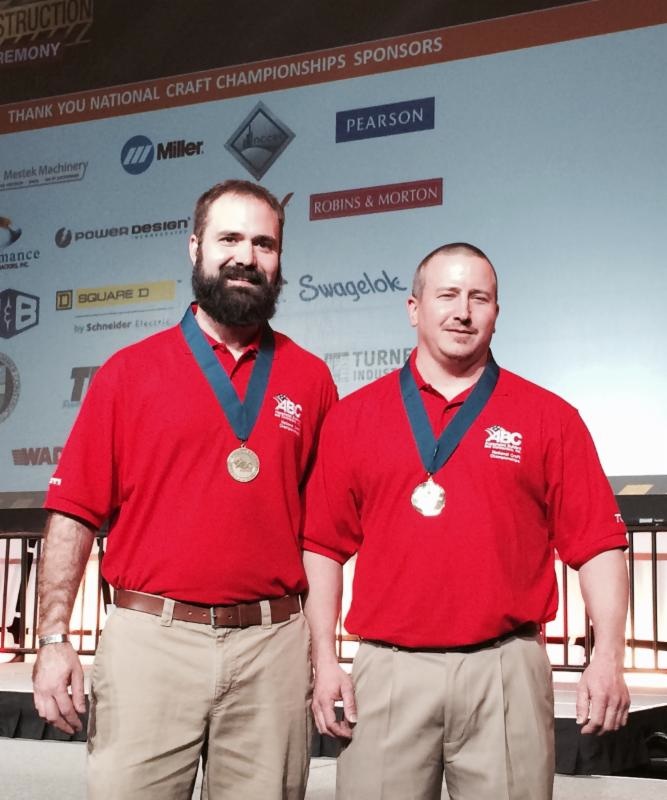 The Associated Builders and Contractors of the Carolinas (ABC) announced Jesse Babington of Watson Electrical (Charleston, SC) was named the best electrician in the country. He has won the Gold Medal at the National Craft Championships in the Commercial Electrical division.

Russell Johnson of  Watson Electrical‘s Raleigh office won the Bronze medal. The competition was held in Ft. Lauderdale, Florida, during an intense two-day event consisting of a written and a practical hands-on exam. Both Jesse and Russell are fourth-year apprentices.

“ABC is proud to recognize both Jesse and Russell as the best of the best in our industry,” ABC President and CEO Doug Carlson said in a statement. “Winning this national competition is an amazing feat and to be recognized is an amazing honor for our industry. The brightest and the best are being trained here in the Carolinas.”