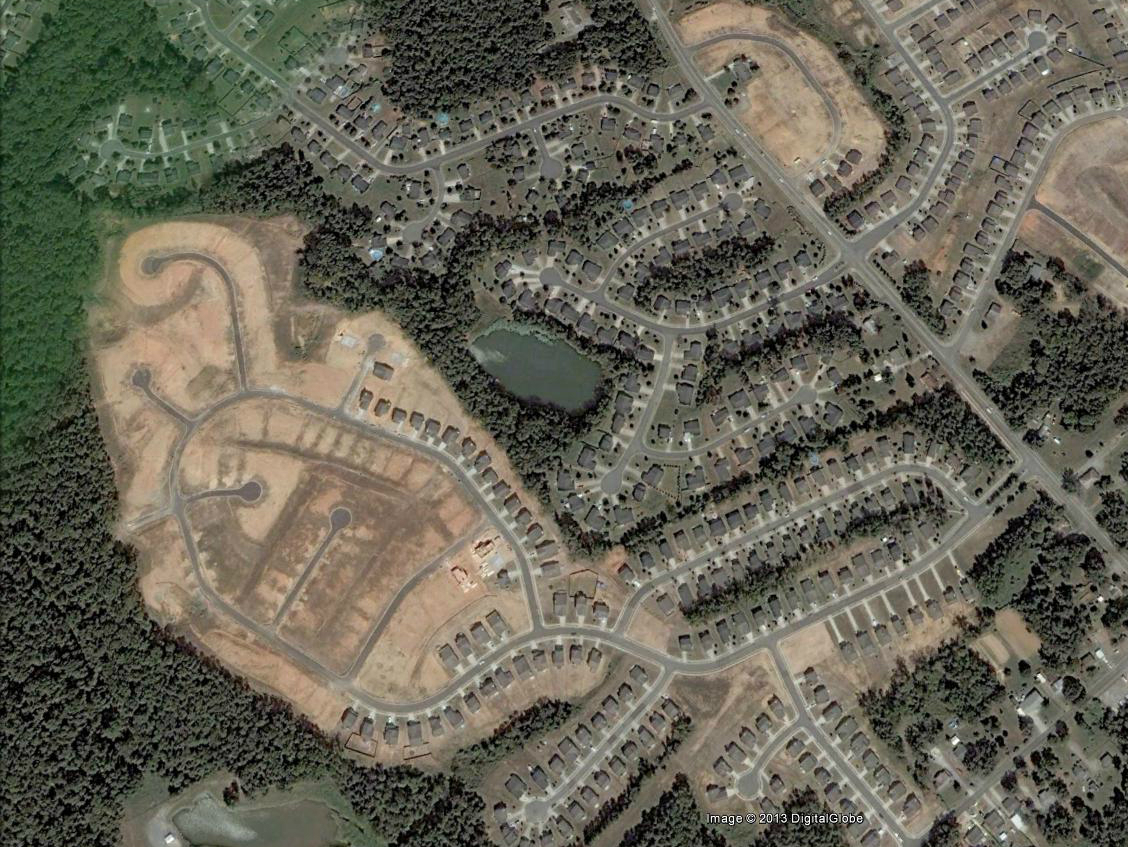 Urban growth could expand dramatically for the Triad and central North Carolina if projected housing and population growth patterns occur by 2050. This expansion could lead to lining the Triad’s economy with Charlotte and the Triangle into what a UNC Chapel Hill demographer calls a “megalopolis.”

Such a region, primarily along the Interstate 85 corridor, could resemble the urban corridor that connects Baltimore and Washington with New York and Boston, said Rebecca Tippett, the director of

Carolina Demography, a unit of the Carolina Population Center. Michael Walden, an economics professor at N.C. State University, said he could see the development of a megalopolis similar to the Washington to Boston corridor.

“It could have limited open space, still big cities but a blur of lower density development in between, and commuting time would skyrocket,” Walden said. “Hopefully, land planners and public decision-makers would learn from the Northeast’s experience and carefully plan breaks of open space and a coordinated network of traditional transit and mass transit.”  Read More.