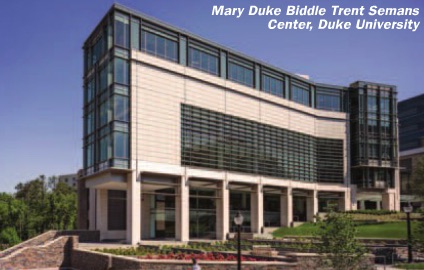 There’s something spectacular happening in the Research Triangle’s real estate and development community, based on the competition intensity and results at the 2015 Triangle Commercial Real Estate Women (TCREW) Champion Awards.

TCREW received more than 100 nominations for the 13 award categories – in some cases, more than a dozen nominations for a single category – reflecting a reviving marketplace in the Raleigh-Durham area, says TCREW’s public relations board chair and assistant executive director for Wake County Economic Development Jennifer Bosser.

The awards, established 15 years ago, “profile the talent and excellence in the Triangle real estate and construction industry.” she said. “Obviously, we’re rebounding in this market and seeing a lot more projects coming forth. There’s a correlation between the number of nominations we see and the strength of the market.”

Approximately 450 people attended the awards gala in the spring. No project received more than one award, but the independent judges had their hands full because of the quality of the nominations and the level of competition.

There is no requirement to be a TCREW member to nominate or win an award – in fact, most of the awards were won by clients and organizations where TCREW member companies have contributed and collaborated.

“The awards are a great opportunity for the real estate community to celebrate their clients and generate awareness of the partners that made it happen,” Bosser said.

The successful award winners include:

Recognizing the leader who has made a significant contribution to, or who has had a significant positive influence on the Triangle’s commercial real estate industry

TCREW was formed in 1996 to provide a forum for meeting and building relationships in the Triangle market through effective member networking, committee work and mentoring. The organization also provides up-to-date information on commercial real estate through a high quality program of guest speakers, panels and forums.