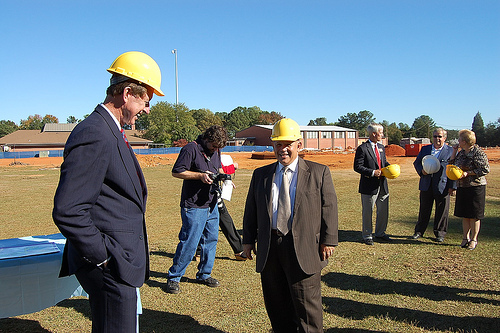 However, the proposal, which could mean $2 billion more for public school funding in the next nine years, isn’t enough to address the infrastructure gap and disparities in funding for poorer school districts, the Public School Forum of North Carolina says in a study.

The 2019 Local School Finance Study asserts that there is a need for more than $8 billion in “facility cost” funding, and the $2 billion Senate proposal, combined with a statewide $2 billion bond, are inadequate, presumably by 50 percent.

“With counties spending $3 billion on instructional expenses, or 24 percent of the total share of federal, state and local dollars, the Forum calls for a new funding model that either fully funds instructional expenses, as it is the state’s obligation to do so, or more directly fund public school capital expenses based on a county’s need and ability to self-fund,” the study says.

The Senate’s budget-writing panel voted on Feb. 13 for a measure to expand a recently created fund that pays down state debt and helps agency and university construction projects.

The legislation would direct a higher percentage of state revenues to the fund and also distribute proceeds to K-12 school and community college construction.

The bill still needs to be reviewed by another committee before it reaches a floor vote.