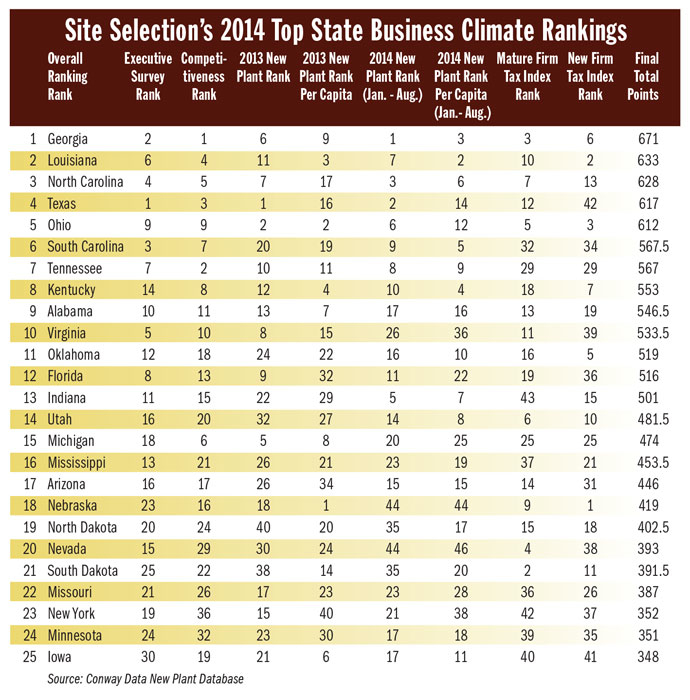 At the beginning of last month, Site Selection magazine ranked North Carolina third on its list of the top 10 business climates in the country, writes Tim White of the Fayetteville Observer.

“Year after year, for way longer than I’ve been here, Forbes, Site Selection and other institutions that rank business climates have had North Carolina on their short list. It’s a good place for corporations to do business. And neither Democrats nor Republicans have yet been able to destroy that distinction,” Tim writes.

But they could, according to Tim, who writes that “we have, for example, a deteriorating transportation infrastructure and steadily declining tax revenues flowing into our highway funds. We are lagging in workforce training, especially for high-tech, and lawmakers appear determined to gut our incentives programs. All of those areas are important criteria in ranking this state’s appeal for economic development. And they’re important to companies thinking about moving here.”

However, according to Tim, the real bottom line is hopeful: North Carolina is such a good destination for business that neither political party has been able to screw it up.

“The message to Raleigh is simple: Hold a steady course. Do the basics and make us the Good Roads State again. And train a second-to-none workforce. Then get out of the way. We’ll be fine.”