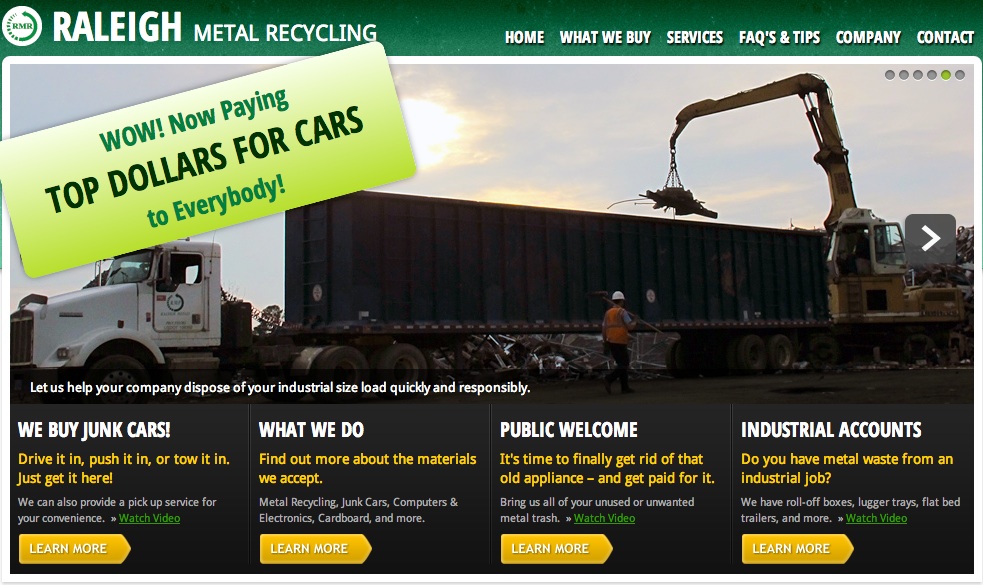 In 2013, the companies exported a record $9 million of scrap metal to China, making these North Carolina companies among the largest exporters to China in the state.

“With China being a global base of electronics manufacturing and exporting products such as Apple’s iPad and Google’s Android phones, we can say with certainty that portions of the copper and aluminum in Chinese products shipped to the U.S. are coming from recycling companies here in North Carolina and from throughout the U.S.”, stated Greg Brown, CEO of Raleigh Metal Recycling.

Nationally, recycling companies exported $9.5 billion of all scrap commodities to China in 2012, as published in the Institute of Scrap Recycling Industries’, ISRI Scrap Yearbook 2013.

Brown continued: “With the U.S. Department of Commerce stating the trade deficit with China hit a new high of over $318 billion in 2013, scrap metal and other scrap commodities are part of the solution to a balanced trade economy.”

The scrap recycling industry is one of the largest U.S. employers, supporting directly and indirectly 463,000 jobs, including 15,200+ jobs in NC with a statewide economic impact of $2.4 billion, as calculated in a 2013 John Dunham and Associates study.