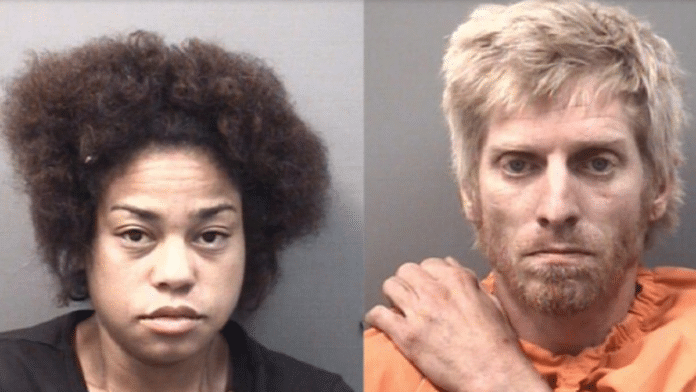 Deputies say two people at a China Grove construction site were charged after after they were found with drugs and other items.

Deputies say they received a call about a suspicious vehicle parked on the side of the road at a construction site in the 1000 block of Stirewalt Road and Crystal Creek Drive in China Grove.

Deputies found Broyles sitting on the bridge connecting to the street, they said. “After speaking with Broyles, they found a plastic bag filled with crystal meth in her pocket,” the broadcaster reported. “Broyles said she found the bag on the ground.”

Police found more crystal meth in the van, with drills, saw blades and a catalytic converter.

“As deputies searched the area they noticed a man’s leg sticking out from under the bridge. According to the report, the man, now identified as Woodward, tried to run but fell into the creek before trying to run again. Deputies used a stun gun to stop Woodward.”

Woodward allegedly told deputies that he hid from them because he knew he was wanted on outstanding warrants, WBTV reported. “Deputies say they found a small plastic bag containing crystal meth under the bridge where Woodward was hiding. They also found his ID in the creek.”