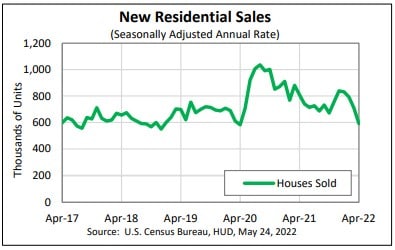 Sales of new U.S. single-family homes fell to a two-year low in April, as mortgage rates increased and prices hit record levels in many areas.

The fourth straight monthly decline in sales was reported by the Commerce Department after stats released last week showed a significant drop in single-family building permits in April.