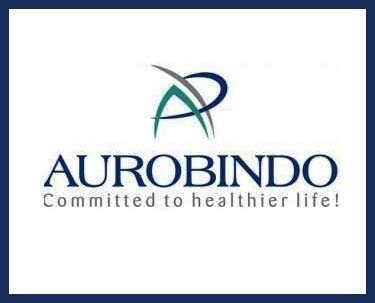 Despite mounting opposition to the state law that would restrict transgender access to washrooms, which has resulted in some organizations such as PayPal cancelling expansion plans in the state, at least one generic drug maker will move forward with growth plans in North Carolina.

In a news release, Governor Pat McCrory’s office announced that an expansion by Aurobindo Pharma USA, Inc. will bring 275 new R&D and pharma-manufacturing jobs to Durham. The New Jersey-based maker of generic pharmaceuticals plans to invest over $31.7 million in a new state-of-the-art national headquarters for specialty pharmaceutical R&D.

“We welcome the decision by Aurobindo Pharma to undertake this significant expansion in the Research Triangle,” said Governor McCrory. “Our state is eager to partner with this global company as it embarks on its business objectives and grows its presence in North Carolina’s life sciences community.”

Aurobindo Pharma USA is a unit of Aurobindo Pharma Limited, headquartered in Hyderabad, India. The publicly-held parent company (was founded in 1986. It is a leading maker of semi-synthetic penicillins and offers therapeutics for neurosciences, cardiovascular, anti-retrovirals, anti-diabetics and gastroenterology. In 2015, Forbes Asia named Aurobindo Pharma to its “Fabulous 50” list. The company employs a worldwide workforce of 15,500.

“North Carolina welcomes another international name to its bio-pharma industry,” said Secretary Skvarla. “Aurobindo Pharma has found a new home in North Carolina, the nation’s No. 1 destination for bio-manufacturing jobs.”

The drug maker will establish a new R&D and manufacturing center in Durham. The company currently employs 14 scientists/workers in Raleigh. Among the new employees will be researchers, analytical chemists, production operators, quality control specialists and others. Aurobindo’s expanded operations in North Carolina will create a $17.1 million annual payroll impact for Durham and surrounding counties.

“We are very excited about our plans for expansion of our specialty pharma R&D and manufacturing in North Carolina, and are thankful to EDPNC, Durham City, Durham County and the State of North Carolina for supporting our decision. North Carolina has one of the best talent pools in the specialty pharma R&D and manufacturing sectors, and we look forward to establishing a large and successful footprint here,” said Dr. Ninad Deshpanday, president, R&D, Aurobindo Pharma USA, Inc.

The company’s North Carolina expansion will be facilitated, in part, by an award to the company from the state’s Job Development Investment Grant (JDIG) program, which was approved earlier today by the state’s Economic Investment Committee. Under the terms of the company’s JDIG, Aurobindo Pharma USA is eligible to receive up to $3.8 million in total reimbursements. Payments will occur in annual installments over 12 years pending verification by NC Commerce and NC Revenue that the company has met incremental job creation and investment targets. JDIGs reimburse new and expanding companies a portion of the newly created tax-base with the goal of increasing the overall tax benefit to the State of North Carolina. This JDIG is contingent upon the approval of an appropriate match by local governments or organizations.

By law, JDIG-supported projects must result in a net revenue inflow to the state treasury over the life of the award. For projects in Tier 3 counties such as Durham County, 25 percent of the award amount is directed to the state’s Industrial Development Fund – Utility Account to help finance economic infrastructure in less populated Tier 1 and Tier 2 counties. Aurobindo Pharma USA’s North Carolina expansion could provide as much as $1.2 million in new funds for the Utility Account. Additional information on county tier designations may be found at nccommerce.com.