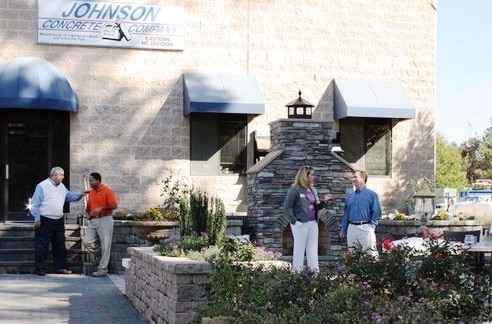 The Johnson Concrete Company was founded in 1947 by Allen Starling Johnson Jr., an All-American starting guard for the Duke University football team. When Allen passed away in 1982, his wife Frances Johnson became the company’s president. Meanwhile, Charles Newsome, who had begun his career at Johnson in 1968, took on the position of executive vice-president. To this day, Johnson’s children and Newsome continue to serve on the executive leadership team.

The decision to license the CarbonCure technology was not taken lightly by Newsome, who oversees the business and operations at Johnson. Says Newsome: “We completed extensive due diligence into the viability of the technology, and its potential to create value for Johnson Concrete, and we are now pleased to offer our customers concrete products with a reduced carbon footprint.”

The CarbonCure technology injects carbon dioxide gas captured from nearby smokestacks into concrete products during the mixing phase. Once introduced into the concrete mix, the carbon dioxide chemically converts into a solid calcium carbonate mineral. Since the gas has been converted into a mineral, it will never escape into the atmosphere. This means that Johnson Concrete will continue to provide high quality concrete products, and effectively get rid of local air pollution at the same time.

The Johnson announcement comes on the heels of Charlotte-based ready mixed company Concrete Supply Co.’s addition of the CarbonCure Ready Mixed Technology. Architects, engineers and developers in the Charlotte metropolitan area now have access to green concrete in both poured concrete and masonry products.

In addition to Washington, DC, Charlotte is the second metropolitan center in the world to offer concrete made with recycled carbon dioxide in both ready mixed and concrete masonry products.