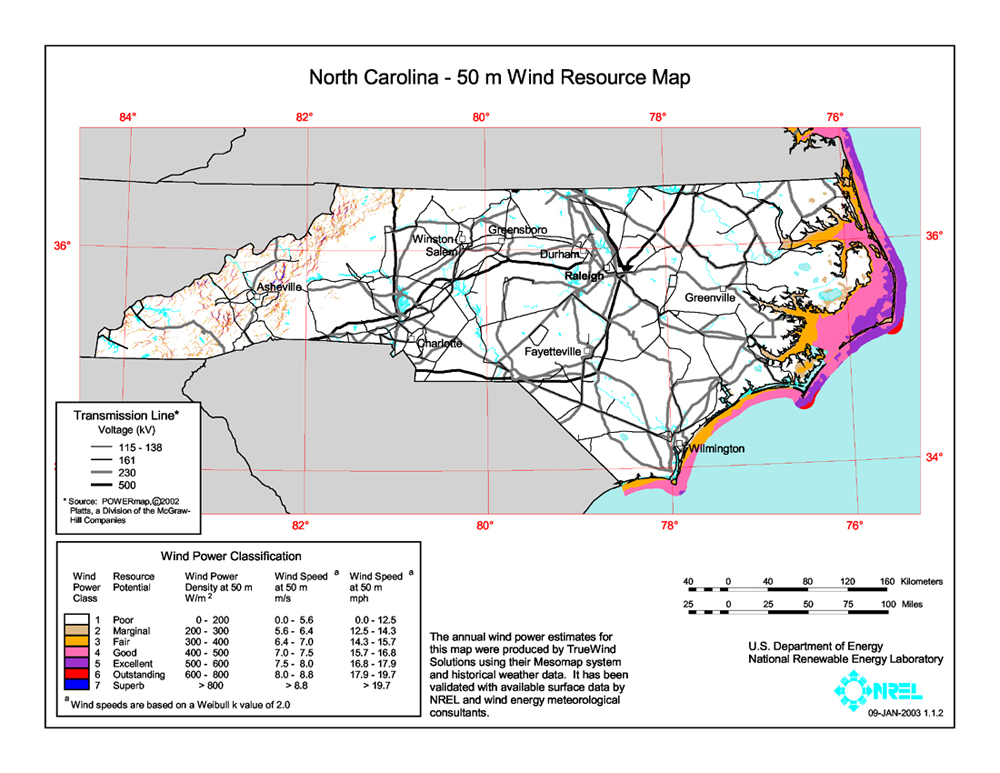 The Obama administration has identified more than 300,000 acres offshore of North Carolina for potential wind-energy development in a step toward issuing the first commercial leases there, reports The Charlotte Observer.

North Carolina has the nation’s highest offshore wind resources, according to a 2010 federal study.

The three areas, totaling 307,000 acres, were selected from a much larger 1.2 million acres for which the federal Bureau of Ocean Energy Management began soliciting developer interest and public comment in late 2012.