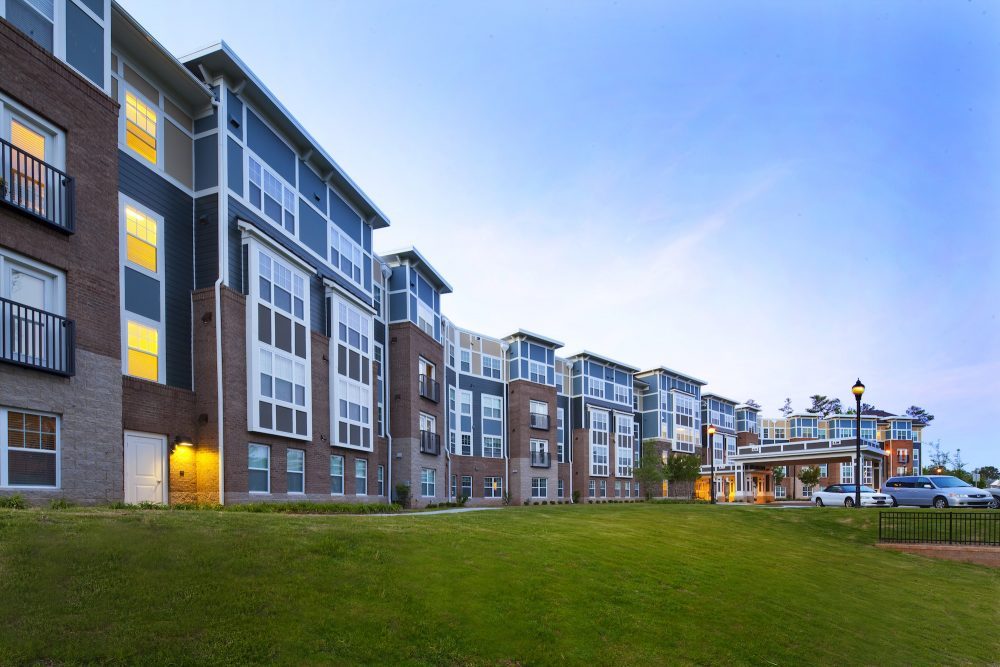 Here are some current and pending projects and opportunities throughout the state:

North Carolina Housing Finance Agency’s (NCHFA) committee federal tax reform allocation committee has released its list of 59 projects statewide that have been approved for more than $205 million in tax breaks and low interest loans and bonds.

“This investment represents the state’s commitment to ensuring that low to moderate income seniors, families, and individuals have a safe and affordable place to call home,” DHIC president Gregg Warren said in a news release about the awards. “We are proud that the agency continues to find merit in DHIC’s quality, productivity, and efficiency in its utilization of federal housing tax credits.”

The NCHFA estimates that the subsidies will help support the construction or renovation of 5,406 privately owned and managed apartment units worth about $667 million when completed, Triangle Business Journal has reported. About 73 percent of the units will target families with the remainder reserved for seniors. At least 540 units will provide housing for people with disabilities.

The committee received 172 applications and approved 59 projects, including these Triangle area initiatives:

• Shepard Greene, a 50-unit senior housing project in Zebulon by The Woda Group Inc. was awarded $327,796 in federal housing credits.

• Benson Green, an 80-unit family housing project in Benson by United Developers Inc. was awarded $455,200 in federal housing credits, as well as a $178,000 loan from the Workforce Housing Loan Program.

• Wilton Place, a 68-unit family housing project in Creedmoor by Pendergraph Development LLC was awarded $502,000 in federal housing credits, $800,000 in a low interest housing loan and $436,048 from the Workforce Housing Loan Program.

• Capital Towers, a $ 33 million 296-unit senior housing community in Raleigh that is being acquired and renovated in a joint effort between DHIC and The Presbyterian Homes has been awarded $809,678 in federal housing credits and a $20 million tax exempt bond.

• Raleigh North & Millbank Court, a 230-unit senior housing community in Raleigh that is being rehabilitated by Steele Properties Holdings LLC has been awarded $1.1 million in federal housing credits and an $18 million tax exempt bond.

• Sterling Mill Lofts, a 96-unit adaptive re-use of a former mill factory in Franklinton by Nusbaum Associates LP was awarded $461,349 in federal housing credits and a $10 million tax exempt bond.

Hughes said the project will cost upward of $20 million Charlotte Business Journal reports. The hotel could be turned into market rate apartments and retail space.

Hughes said the redevelopment could help the local economy. “When you do a project like this, in a town like this, for every dollar that I spend on the redevelopment effort, the town, the community, the county, the immediate community benefits by $8,” he said. Salisbury Mayor Karen Alexander says the hotel, built in 1855, is a “pivotal historic preservation jewel” in a city that cherishes its past and historic buildings.

Historian Betty Dan Spencer gave a 15-minute briefing about the Empire Hotel during the announcement press conference in mid-August.

“It was a hub of the city,” Spencer said, speaking of the hotel during the late 19th century. “All processions started at the Empire Hotel.”

The Golden LEAF Foundation has awarded a $45 million grant to support a new research facility for the North Carolina Plant Sciences Initiative in efforts to make North Carolina the global hub for plant sciences innovation, the university has announced.

The initiative is a partnership of NC State University and the NC Department of Agriculture and Consumer Services. Its centerpiece is a $160.2 million Plant Sciences Research Complex planned for

NC State’s Centennial Campus in Raleigh. University scientists will work together with government and industry to solve some of agriculture’s most pressing challenges. NC State chancellor Randy Woodson said that the new grant is the largest single contribution ever made to the College of Agriculture and Life Sciences and among the largest in the history of the university.

“This investment further establishes North Carolina and NC State as international leaders in agricultural research and innovation, which will yield significant economic opportunities for our rural communities while providing food solutions to people around the globe,” Woodson said.

Golden LEAF president Dan Gerlach said the investment is consistent with the nonprofit organization’s mission of transforming the economy of rural, tobacco dependent and economically distressed communities in North Carolina. In accordance with terms of the consent decree, the NC General Assembly established the foundation in 1999 to administer one half of the state’s Master Settlement Agreement with cigarette manufacturers.

“It is our hope, and indeed our expectation, that the Plant Sciences Initiative will catalyze transformational advances in North Carolina agriculture that will benefit the rural economy,” Gerlach said. He called Golden LEAF’s grant “an investment in North Carolina agriculture that will help improve crop yields, introduce new crop and plant varieties, and reduce feed costs for animal agriculture.”

“Our board members recognize that growing agriculture grows rural communities,” Gerlach continued. “It is North Carolina’s top industry at $84 billion annually, with well over 80 percent of total farm gate receipts grown in the state’s 80 rural counties. Our farmers recognize the importance of innovation to the future of agriculture.”

With the Golden LEAF’s grant, more than $9 million additionally contributed to the project by 42 agricultural groups across the state, and $85 million approved by voters through the Connect NC Bond, the project can now move forward.

College of Agriculture and Life Sciences dean Richard Linton agreed, noting that “Golden LEAF’s generous investment takes us to $144.2 million of the $160.2 million needed for the complex, with the goal of having world class plant research facilities complete by 2021.”

Already, he said: “NC State University agricultural research and extension has an annual economic impact of more than $1 billion in rural North Carolina.Our college helps rural NC farmers grow more than 90 different commodities across varying climates and soil types, making North Carolina the third most agriculturally diverse state in the nation. Building out the NC Plant Sciences Initiative will also position our college and our state among the premier plant science programs in the world – establishing us as a powerhouse for agricultural innovation and education.”

“With this grant we have the green light to move forward,” Linton said. “We can now make the dream a reality starting today.”

Clancy & Theys and Holt Brothers are the construction managers at risk for the project designed by Perkins+Will.

The campus at 10908 Chapel Hill Rd. in Morrisville, near Lenovo’s campus, will span 28 acres with a three-storey building that could serve as many as 1,350 students, Triangle Business Journal has reported.

Listed groundbreaking attendees include Stephen Scott, Wake Tech president, and Gov. Pat McCrory. The campus is expected to open in the spring of 2018.

Wake Tech originally unveiled project plans in April 2015. Plans had been in the works for years, but were delayed because of the recession.Wake County voters approved a $200 million bond referendum in 2012.

Rabina Properties, which purchased the 645,000 sq. ft. office building last year, is planning a modernization that will create “an immersive workplace experience,” according to the company.

“In our renovation of Charlotte Plaza, we are going to light the building from within,” John Gaulden, co-managing director at the local office of Gensler — the architectural firm leading the renovation — said in a statement. “In stark contrast to its darker, reflective exterior, our interior renovation is designed to project a new sense of light, with open spaces and gathering places that spark creativity and focused collaboration.”

The renovation plans also include new signage on the tower and parking deck, along with new pavers and planters at the front of the building. “Sculptural light forms” will illuminate new escalators in the lobby.

The building at the intersection of College and Fourth streets will be rebranded, with modern logo signage on the tower and the parking garage.

The renovation is expected to be completed in 2018.