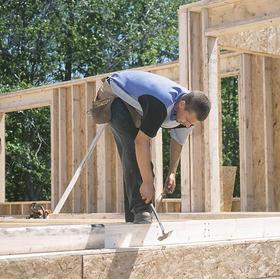 Sales of newly built, single-family homes rose 3.6 percent to a seasonally adjusted annual rate of 372,000 units in July from an upwardly revised pace in the previous month, according to figures released by HUD and the U.S. Census Bureau.

“Sales of new homes in July returned to the same solid pace they set in May, which was the fastest sales rate we’d seen in more than two years,” said Barry Rutenberg, chairman of the National Association of Home Builders (NAHB).  “This is further evidence that consumers are becoming more confident in local housing markets as they look to take advantage of today’s very favorable prices and interest rates.”

Noting that the three-month moving average of new-home sales has been edging up consistently since last September, NAHB Chief Economist David Crowe said, “Today’s good report is the latest indicator of a gradual, upward trend that we expect to continue through the remainder of this year.” However, he added that “The fact that the inventory of new homes for sale reached an all-time low in July is a worrisome signal that ongoing, unnecessarily tight credit conditions are keeping builders from being able to replenish supplies as consumer demand improves.”

Regionally, the Northeast posted the biggest gain in new-home sales with a 76.5 percent increase in July from an abnormal low in the previous month. The Midwest posted a 7.7 percent gain while the South and West registered marginal declines of 1.6 percent and 0.9 percent, respectively.

After trending downward for the past six years, the inventory of new homes for sale hit a record low of 142,000 units in July. This is a 4.6-month supply at the current sales pace. Read More.