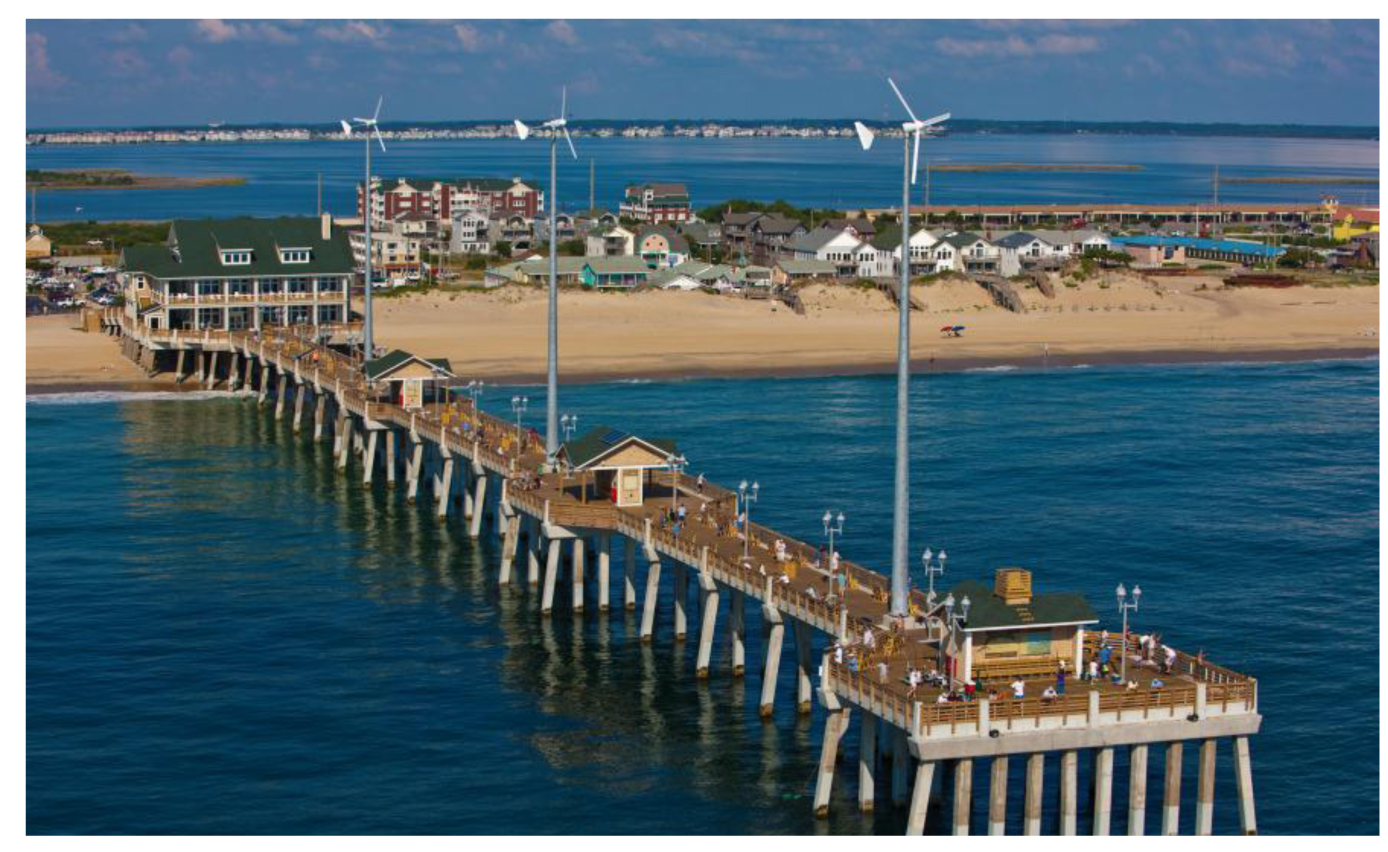 North Carolina’s efforts to make Jennette’s Pier a model for “green” building have been rewarded. The Virginian-Pilot reports the U.S. Green Building Council has awarded Jennette’s Pier a platinum designation in its Leadership in Energy and Environmental Design program.  The pier, which was destroyed in 2003 by Hurricane Isabel, was rebuilt on concrete pilings using several environmentally sound elements. It reopened in May, 2010, and is owned by the North Carolina Department of Environment and Natural Resources Aquariums Division.

The pier has its own reclaimed water system, geothermal capabilities and three wind turbines that supplement its power usage. And as much of the destroyed then demolished facility as possible was used in the construction of the new pier – which features a large facility filled with magnificent fish mounts.

“This award designation legitimizes the promise to sustainable efforts in design and construction,” said Mike Remige, the pier’s director. “The state should take the lead on things like this and demonstrate what is possible.”