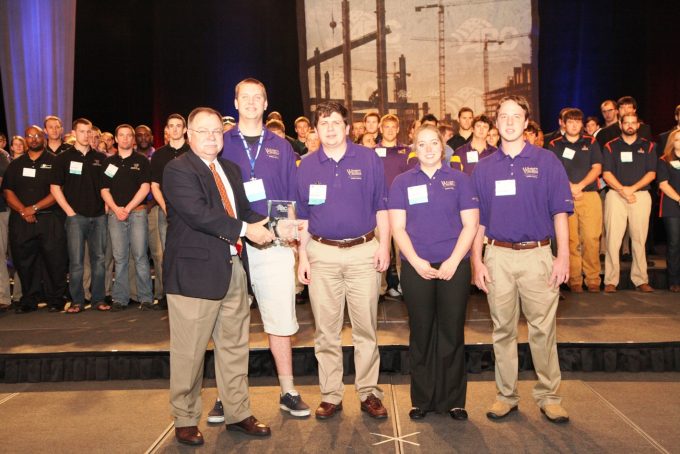 Nearly three-fourths of construction firms across the country report they are having trouble finding qualified craft workers to fill key spots amid concerns that labor shortages will only get worse, according to the results of an industry-wide survey released by the Associated General Contractors of America. Association officials called for immigration and education reform measures to help avoid worker shortages.

“Many construction firms are already having a hard time finding qualified workers and expect construction labor shortages will only get worse,” said Stephen E. Sandherr, chief executive officer of the Associated General Contractors of America. “We need to take short- and long-term steps to make sure there are enough workers to meet future demand and avoid the costly construction delays that would come with labor shortages.”

According to the survey, twenty eight percent of the North Carolina contractors say the their biggest challenge is the hard time they are having to fill professional and craft worker positions.  They are finding it difficult to finding qualified project managers, supervisors and estimators.

Of the North Carolina firms that are having a hard time finding qualified craft workers, the most frequently reported difficulties are in filling onsite construction jobs such as equipment operators and laborers.

AGC’s chief executive officer added that most firms expect labor shortages will continue and get worse for the next year. Eighty-six percent of respondents said they expect it will remain difficult or get harder to find qualified craft workers while 72 percent say the market for professional positions will remain hard or get worse. Seventy-four percent of respondents report there are not enough qualified craft workers available to meet future demand while 49 percent said there weren’t enough construction professionals available, he added.

Sandherr cautioned that more needs to be done to address labor shortages. He said Congress needs to jettison arbitrary caps on construction workers that were included in immigration reform the Senate passed earlier this year. “Lifting those restrictions will go a long way to ensuring construction jobs left vacant by domestic labor shortages go to workers who are in the country legally.”

He urged elected and appointed officials to do more to ensure public school students have an opportunity to participate in programs that teach skills like construction. He added that skills-based programs offer students a more hands-on way to learn vital 21st century skills such as math and science. Such programs also have been proven to reduce dropout rates and give students an opportunity to earn the higher pay and benefits that come with construction jobs.

Sandherr added that nearly 700 construction firms participated in the survey, which was conducted during July and August of this year. Click here to see the national survey results.  Read More.