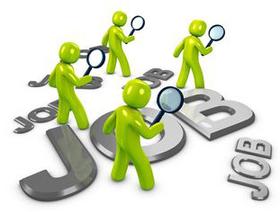 Construction employment increased in 39 states over the past 12 months, the most widespread gains since April 2012, according to an analysis by the Associated General Contractors of America of Labor Department data.  South Carolina experienced a 6.2 percent gain, compared to a 2.1 percent construction job loss in North Carolina.

Association officials said action on needed infrastructure investments for water and transportation projects would help support continued employment growth for the industry.  “It is encouraging that three-quarters of the states are now adding construction jobs on a year-over-year basis,” said Ken Simonson, the association’s chief economist. “Employment increases are still intermittent in too many states, however, and nearly all states are far below their pre-recession highs.”

Welcome as the employment gains are, association officials cautioned that industry’s recovery was still uneven and urged Congress and the administration to enact measures to help repair and upgrade aging water and transportation systems. In particular, they urged a Congressional conference committee to settle differences between House and Senate versions of the Water Resources Development Act and pass a final bill. They also urged Congressional negotiators to include infrastructure funding as part of any final budget deal.

“Congress has an opportunity to enact measures that will help put people back to work and make our economy more competitive for years to come,” said Stephen E. Sandherr, the association’s chief executive officer. “Making our ports more efficient, our bridges safer and our roads less congested will allow American businesses to be more competitive, our products more affordable and our economy more robust.”