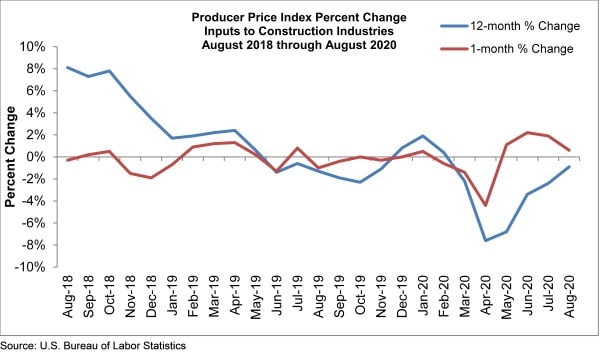 Natural gas prices rose at the fastest rate in August, increasing 22.8%. Other energy-related categories—unprocessed energy materials and crude petroleum—also increased in August, rising 11.7% and 11.4%, respectively. Softwood lumber input prices increased by 16%, a reflection of an emerging boom in single-family home construction. A handful of categories experienced price declines in August, the largest of which were in steel mill products and prepared asphalt, both down -1.7%.

“Inflation has been coming in a bit hotter than anticipated, which gives contractors cause for concern,” said ABC Chief Economist Anirban Basu. “Other challenges include inducing workers to return to jobsites and reduced demand for nonresidential construction services due to compromised commercial real estate conditions and weak state and local government finances. Recent data stand for the proposition that higher inflation and interest rates also represent future risk factors for contractors. 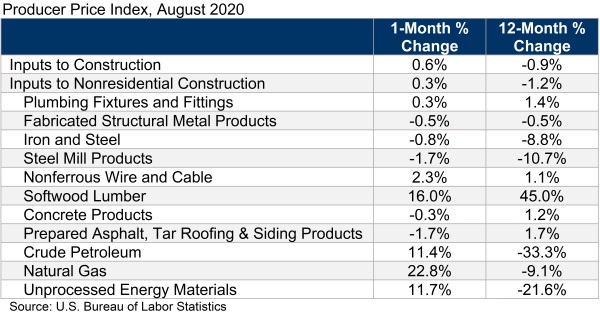 “A number of factors have triggered a pickup in inflation,” said Basu. “One is a weakening U.S. dollar, resulting from the lingering pandemic, as well as Federal Reserve policy and pronouncements. The Federal Reserve’s injections of liquidity into financial systems are also consistent with stepped-up inflation expectations. The federal government will run an estimated $3.3 trillion budget deficit during the current fiscal year, which would also tend toward more inflationary pressures and eventual higher interest rates. Finally, the economic recovery to date has been robust, with the U.S. economy adding millions of jobs and recently driving unemployment well below 10%, meaningfully ahead of schedule based on consensus forecasts.

“Naturally, contractors will want to think through the likely trajectory of materials prices as they forge bids, proposals and contracts,” said Basu. “History indicates that it is possible for materials prices to rise rapidly even in the context of relatively weak demand for nonresidential construction services.” 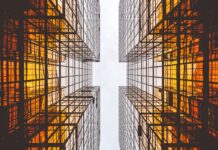 Solar education meeting to be held Nov. 29 in Smithfield