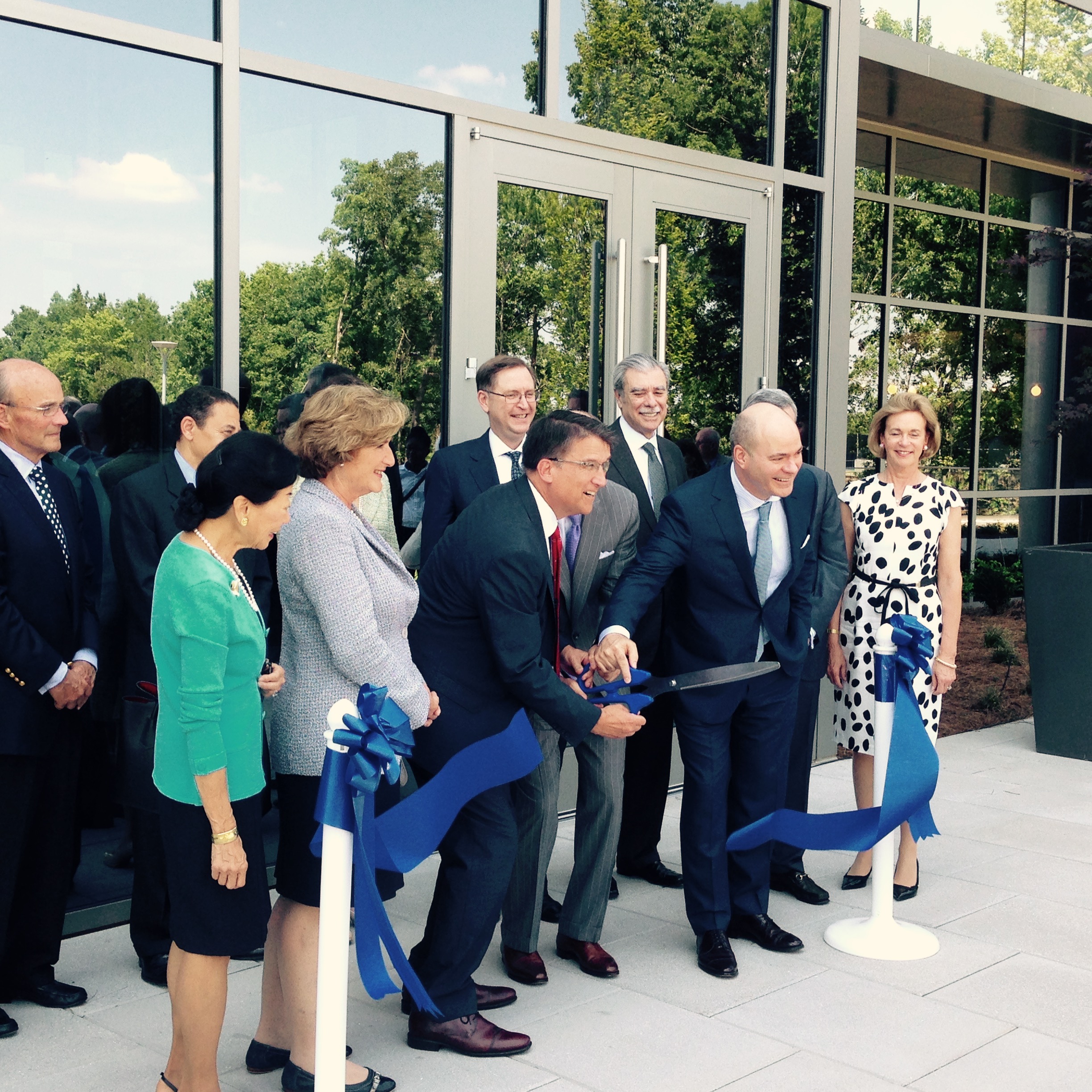 Editor’s note: North Carolina Construction News will publish an extensive original-content report on the MetLife project in the July/August issue.

MetLife has officially celebrated the grand opening of its Global Technology campus in the Research Triangle area. The new 26.5 acre campus represents a major investment in digital initiatives that will help MetLife transform customer experiences around the world, the company says in a news release.

In March 2013, MetLife announced plans to create more than 2,600 jobs and invest $125.5 million in North Carolina by the end of 2015 between the new campus in Cary and its U.S. retail headquarters in Charlotte. Today, MetLife chairman, president and chief executive officer Steve Kandarian said the company has met its jobs and investment commitment to the state six months ahead of schedule.

“Our hiring has moved faster than we expected because of the rich talent pool and business friendly environment we have found in North Carolina,” Kandarian said. “We are more convinced than ever that we made the right decision in choosing Cary and Charlotte as hubs for our global technology and operations organization and U.S. retail business. We look forward to strengthening our ties to these communities and to the state as a whole in the years to come.”

The June celebration drew elected officials and local dignitaries including North Carolina Governor Pat McCrory. MetLife’s Board of Directors and executive leaders from around the world were also on hand to mark this historic occasion.

“MetLife has become an anchor in the Triangle’s expanding tech sector, a strong supporter of Cary-area community groups, and a great example of how corporate partners can positively impact our state’s economic growth, ” said Governor McCrory.

“The digital initiatives driven from this campus are at the heart of our commitment to earning the right to be the customer’s first choice,” said Marty Lippert, executive vice-president and head of MetLife global technology and operations. “Bringing together a wide array of technologists in a single hub is creating a culture of digital innovation that’s already delivering results.”

Since breaking ground on the new Global Technology Campus in 2013, MetLife has built a diverse, highly-skilled workforce of more than 1,000 technologists, and is on track to hire more over the coming months.

The site features an outdoor amphitheater, basketball court and walking trails, all part of a Wi-Fi-enabled work environment that offers employees a great deal of flexibility in where and how they get their daily work done. Other amenities at the new campus include:

A community presence beyond the campus

Since MetLife began hiring in the Research Triangle area in 2013, employees have contributed thousands of volunteer hours to local community service projects. For example, in October, over 300 employees partnered with the Kramden Institute to refurbish and donate computers to area families at a Geek-a-Thon. Next week, Habitat for Humanity will give a local family the key to a house in Apex built by over 500 MetLife employees.

Additionally, since 2013, the MetLife Foundation has made grants exceeding $2 million to support a wide range of community programs in North Carolina. The company is also hosting events at the new campus with community organizations, from those that serve disabled veterans to those that share emerging innovations with local technologists.