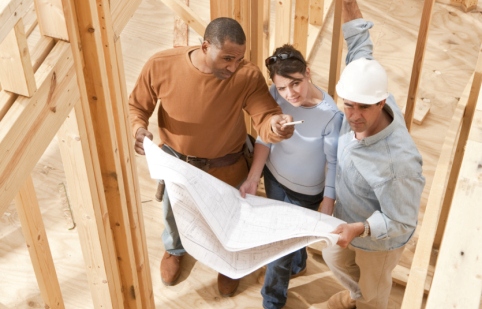 Over the last two years, home building has experienced significant growth, albeit off of low levels. And this expansion has added to overall growth of Gross Domestic Product (GDP). In fact, since the last quarter of 2011, advances in home building have been responsible for 20% of total economic expansion, reports the National Association of Home Builders.

While the economy as a whole has slowed somewhat over the last year, the expansion of home building has picked up steam. The home building component of the GDP accounts, as measured by the Bureau of Economic Analysis, is Residential Fixed Investment (RFI). RFI includes spending on residential structures and some equipment. The category of residential structures includes new construction of single-family and multifamily housing units, improvements and remodeling that expand or extend the life of housing units, expenditures for manufactured homes, brokers’ commissions on the sales of residential property and net purchases from government agencies. The bulk of this spending is associated with construction of new single-family and multifamily units, plus improvement spending.

It is also worth noting that this measure of home building’s contribution to economic growth does not include other housing-related spending, such as the average $7,400 spent by buyers of newly built homes on furnishings, appliances and other items in the two-year period after the purchase.

As a result of this growth in home building and remodeling, housing’s overall share of the economy is climbing – slowly – back to historic norms. Housing’s share of the economy, determined by the contribution of the sum of housing services (the flow of economic benefits from the housing stock) and RFI (the contribution of home building and remodeling to the capital stock) has typically totaled 17 to 18 percent.