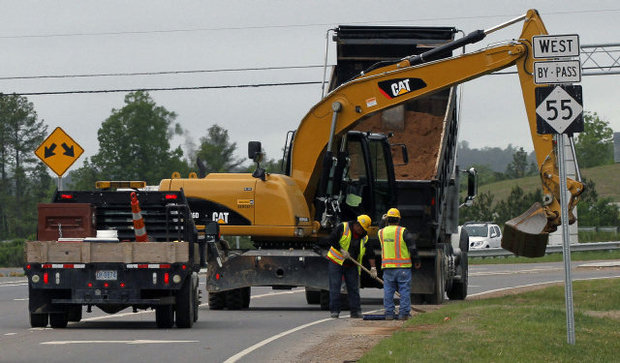 Clark Fields tells clients that registering to do business with the federal government is like getting a driver’s license. “You are eligible to drive a car,” said Fields, a government procurement counselor with the Small Business and Technology Development Center’s N.C. Procurement Technical Assistance Center (SBTDC). “But that’s not necessarily going to take you anywhere.”

The News & Observer reports Fields and others with experience in government contracts and related work say the public marketplace can help diversify a small business’ customer base and smooth out cash flow, as public and private spending often are often countercyclical. Paths to the public marketplace include subcontracting or teaming with a prime contractor, micro-purchases and building experience and certifications in programs intended to help disadvantaged owners.

The SBTDC’s N.C. Procurement Technical Assistance Center seeks to connect businesses to local, state and federal agencies. In 2012, SBTDC clients in the state reported that the center assisted them in being awarded nearly $119 million in government contracts.

Triangle business owners will have two opportunities this month to learn more about the public procurement process and network with contracting officers and prime contractors, businesses that have already won government contracts but might need help from small-business subcontractors to complete the work.

The N.C. Military Business Center and Wake Tech’s Small Business Center will host the Consolidated Federal Construction Teaming Forum on May 22 at Wake Tech in Raleigh. The free event will provide general and specialty trade contractors, suppliers and designers an opportunity to connect with prime contractors.

Subcontractors don’t have to be a registered as a government contractor or a small-business group such as a woman-owned business to participate, but that does help, said Scott Dorney, executive director of the N.C. Military Business Center.  “Teaming is a great way to enhance your strengths and fill in your weaknesses,” Dorney said.

The second event, the SBTDC’s “reverse” trade show, Marketplace, will provide an opportunity for small-business owners to connect with government representatives and prime contractors from across the Southeast and nation, Fields said.  The event will be held May 29 at the Sheraton Imperial in ResearchTrianglePark. “It’s very rare that you have all these folks in one room, and this is a great way to make those initial contacts,” Fields said.

The U.S. government is the single largest purchaser of goods and services in the world, awarding about $500 billion in contracts each year, according the U.S. Small Business Administration. The SBA works with federal agencies to award at least 23 percent of government contracts to small businesses, and meet specific statutory goals for small, disadvantaged businesses, women-owned small businesses and other businesses that face hardships.

But small-business owners are sometimes discouraged or hindered by the process’ complexities and regulations, and they have a lack of understanding of the importance of using networking and other resources.

“They think if the government needs me, they will find me,” Fields said. “And that is simply not true.” Planning, marketing and networking are important parts of the process, along with registering and receiving appropriate small-business certifications.

Sepideh Asefnia, president and founder of Raleigh-based SEPI Engineering & Contracting, worked as a highway engineer for the N.C. Department of Transportation, and she held other related private and public positions for 16 years before starting her own firm in 2001. SEPI turned its attention to the private and federal markets in 2006, when transportation projects in the Carolinas, which accounted for about 80 percent of the firm’s revenue, dropped significantly. Asefnia’s strategy included seeking networking opportunities with large businesses and informing them of the services that SEPI offered.

Asefnia visited military bases and reached out to civil firms that had multiyear federal contracts. She also utilized the N.C.MilitaryBusinessCenter, which seeks to help companies in the state participate in military and federal contracts.

In 2006, SEPI won an opportunity to team with a prime contractor and participate in a traffic signal design at Seymour Johnson Air Force Base in Goldsboro. In 2009, SEPI became a prime contractor on a civil and environmental engineering contract with the U.S. Army Corps of Engineers in the Wilmington District. The company has been awarded prime federal contracts worth nearly $9.4 million, according to the Federal Procurement Data System. Now, about 20 percent of SIPI’s revenue comes from federal work, about 30 percent from private and 50 percent from state and local, Asefnia said. Read More.