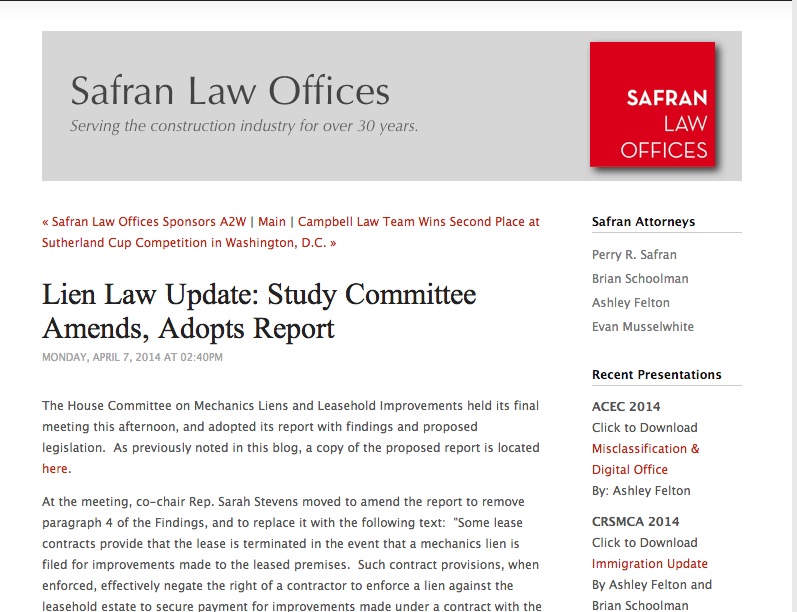 On April 7, significant legislation was adopted by the NC House Committee on Mechanics Liens and Leasehold Improvements at its final meeting April 7.

Co-chair Rep. Sarah Stevens moved to amend the report to remove paragraph 4 of the findings, and to replace it with a new text. The amendment also withdrew the bill drafts identified as 15A and 15C.

As a result of the amendment, the only proposals adopted by the study committee were those require payment bonds for certain projects leased from public owners, and to make non-substantive techincal changes relating to the lien agent legislation passed in 2012. The revised report was approved unanimously by the committee, and is expected to be presented to the Legislative Research Commission next.