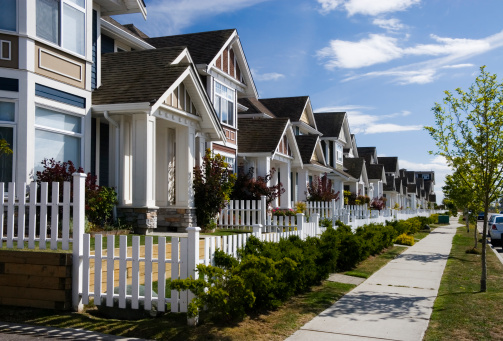 A jump in sales of previously occupied homes and further gains in home construction suggest the U.S. housing recovery is gaining momentum. The Charlotte Observer reports previously occupied homes rose 7.8 percent in August from July to a seasonally adjusted annual rate of 4.82 million.  The National Association of Realtors said that’s the highest level since May 2010, when sales were aided by a federal home-buying tax credit.

At the same time, builders broke ground on 2.3 percent more homes and apartments in August than July. The Commerce Department said the annual rate of construction rose to a seasonally adjusted 750,000. The increase was driven the best rate of single-family home construction since April 2010.

The pair of reports comes amid other signs of steady progress in the housing market after years of stagnation. New-home sales are up, builder confidence is at its highest level in more than six years and increases in home prices appear to be sustainable.

Still, home sales and housing starts are rising from depressed levels. Sales of previously occupied homes remain below the more than 5.5 million that economists consider consistent with a healthy market.

The number of first-time homebuyers, who are critical to a housing rebound, slipped to 31 percent from 34 percent. In a typical market, that figure is usually closer to 40 percent. Strict credit standards are making it harder for many first-time buyers to qualify for mortgages.

More Americans appear to be taking advantage of near-record low mortgage rates and prices that are, on average, much lower than they were six years ago.

Sales might be higher if more homes were available, the Realtors’ group said. The limited supply is helping to lift prices. There were 2.47 million homes available for sale in August. It would take just over six months to exhaust that supply at the current sales pace. That’s the typical pace in a healthy market.

Homes are selling more quickly than a year ago. The median amount of time that a home spent on the market was 70 days in August, the Realtors’ group said. A year ago, the median timeframe was 92 days a year ago.

One reason for the price gain is that sales of foreclosed homes and so-called short sales have declined. A short sale is when the seller owes more on the mortgage than the home is worth. Both foreclosure and short sales occur at steep discounts and can drag down overall home prices.

The lower supply of homes has boosted demand for new homes, which has made builders more confident in future sales.

Applications for building permits, a good sign of future construction, dipped in August to an annual rate of 803,000. Still, permits reached a four-year high of 811,000 in July, which was revised higher.

“Since builders are not taking out permits because it is fun to visit their local government office and pay fees, we can conclude that there should be a solid rise in construction in the months to come,” said Joel Naroff, chief economist for Naroff Economics Advisors. Read More.