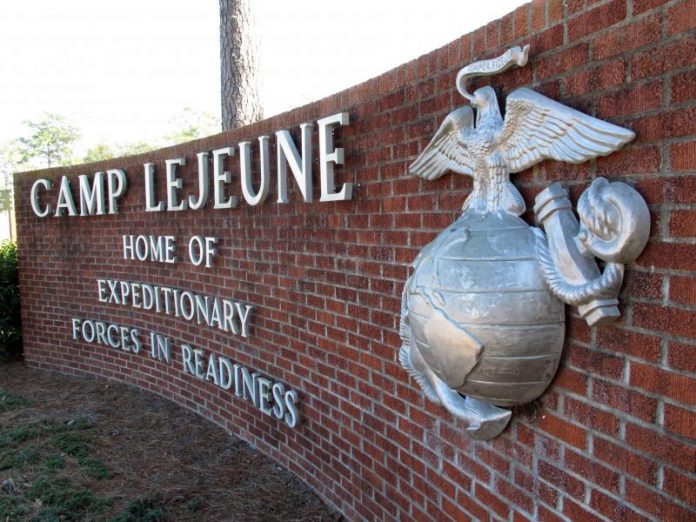 Construction manager Harkins has invited subtrades to learn about and express interest in providing services for potentially massive North Carolina military construction projects.
It has promoted the Oct. 9 event at the Coastal Carolina Community College in Jacksonville through the North Carolina Military Business Center.
Harkins says it is looking for sub contractors in Divisions 2 though 16.
It describes the military construction opportunities as follows:
Project Description and Information. This acquisition will result in the award of approximately five (5), Firm Fixed Price (FFP) Indefinite-Delivery/Indefinite Quantity (IDIQ), Design-Build/Design-Bid-Build Multiple Award Construction Contracts (MACCs) for Marine Corps Facilities, Primarily Cherry Point, New River, and Camp Lejeune, North Carolina. The Government intends to award no more than five (5) contracts resulting from this solicitation to the responsible offerors whose proposals represent the best value after evaluation in accordance with the factors in the solicitation.
Construction projects to be performed under this MACC will primarily consist of general building type projects and may be either design-bid-build or design-build. General construction of DB and DBB projects include, but are not limited to, new construction, demolition, repair, alteration, and renovation of buildings, systems and infrastructure and may include civil, structural, mechanical, electrical, fire protection, and communication systems. Types of facilities include administrative, industrial, maintenance, warehouses, hangars, communications, personnel support, recreation, lodging, dormitory, medical, training, ranges, roads, etc. in support of Naval Facilities Engineering Command, Mid-Atlantic, Marine Corps Facilities, Primarily Marine Corps Base (MCB) Camp Lejeune and Marine Corps Air Station Cherry Point, North Carolina. Lead or Asbestos abatement may be required. Work in explosive facilities and/or sites may be required.
The completion date for the basic contract is one (1) year from the date of contract award with four (4) one- year option periods. The total five-year (base and four one-year options) estimated construction cost for all contracts is not to exceed $975,000,000.00 for the life of the contract. Projects for the MACC have an estimated construction cost between $10,000,000 and $25,000,000; however, smaller and larger dollar value projects may be considered at the discretion of the Contracting Officer. The Government guarantees an award amount of $5,000.00 to each successful offeror over the full term of the contract, including option years.
Harkins is looking for subcontractors in Divisions 2-16.
The event in the Melton Skills Building, Room 104B/C is from noon to 4 p.m. The college is at 444 Western Blvd., Jacksonville.
Harkins describes itself as an “industry leader in negotiated and design-build construction. With an annual volume of over $400 million and three locations serving the Mid-Atlantic, Northeast and Southeast regions, Harkins has the capacity and bonding to meet the client needs. At its core, Harkins is a construction manager specializing in multifamily, commercial, and government building projects.”
The event is free but participants are encouraged to pre-register at this link.