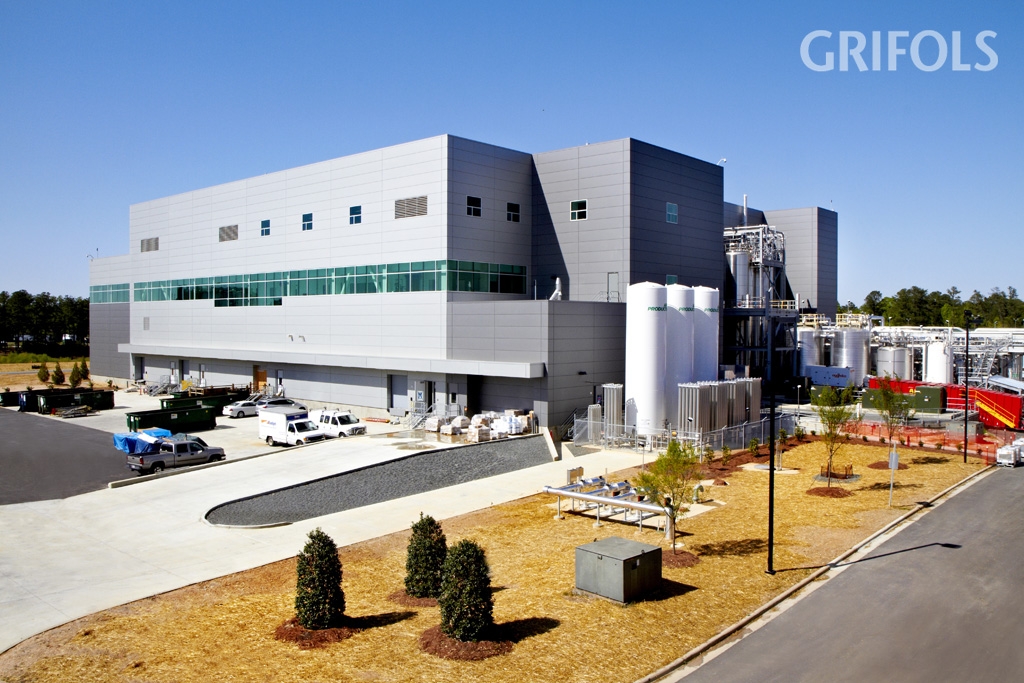 Grifols has announced that it plans to invest $210 million building two new plants in Clayton.

The Spanish biotherapeutics company expects to begin construction on a new plasma fractionation plant in the first quarter of 2017. The plant will be used to extract different fractions that contain proteins with therapeutic uses. The facility is scheduled to start production in 2022.

The investments are part of $360 million the Barcelona-based health care company will make around the globe. When completed, the company expects to be able to meet global demand for its medicines through 2030, the company said in an announcement.

“All the projects will be designed and executed by Grifols Engineering, as usual within these types of investments,” the company said. “Grifols Engineering is the in-house company specialized in the construction of this type of facilities. Its wealth of experience gives Grifols a clear competitive advantage, not only in terms of time and obtaining approvals for the new plants but also in relation to the final cost.”

The second facility will be a purification plant for intravenous immunoglobin. It will be used to process two of the three fractions produced by the plasma fractionation plant. It is scheduled to begin operating in late 2021.

Grifols has already invested more than $370 million in its Clayton plasma plant since 2010. The company is also constructing a plasma warehousing center in Clayton to handle the increased supply of plasma that its new fractionation plant will require.