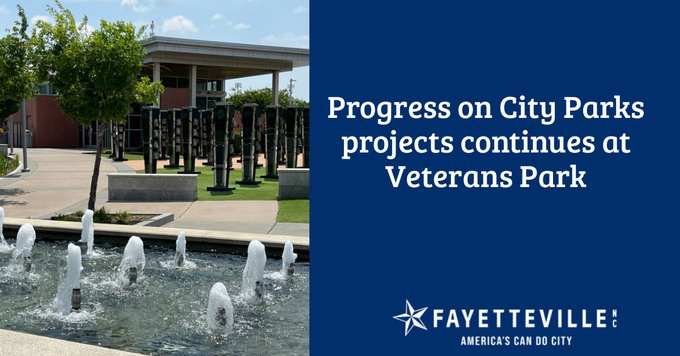 The City of Fayetteville has recently acquired surplus land from the North Carolina Department of Transportation to be used for the expansion of Veteran’s Park. The 8-acre site became available after NCDOT replaced the Rowan Street bridge with a new structure.

Construction is expected to be completed within 12 months. When finished, the park will feature an expansive green space and parade ground, a hero’s walk, parking and a pedestrian bridge connecting the new site to the existing Veteran’s Park.

Projects using excess soil round out the bond package approved by voters in 2016. At the end of the month, the Bill Crisp Senior Center will open and next summer a site near the Murchison corridor will be completed.

During last week’s council meeting, a contract was approved for construction of a $2.4 million building for the Tennis Center. When complete, the center will be a destination for both tournament and recreational play for residents and visitors alike.