A mixed-income redevelopment project is set to break ground in Raleigh’s East College Park area Dec. 19. The ceremony, which will kick off the construction of 12 units, will be held at 10am at 1708 Pender St.

With the Community Development Division of the City’s Housing and Neighborhoods Department funding construction, the project will deliver 98 single family homes and 51 townhomes upon completion.

The new residential builds, slated for the Neighborhood Revitalization Strategy Area (NRSA), will be sold to mixed-income buyers. Of the 149 units, 60 percent has been allotted for income-restricted households and 40 percent for those that are non-income restricted.

To accommodate demands of the project, upgrades were made to the area’s water and sewer lines, as well as stormwater systems and street infrastructure.

Spearheading construction will be the city government, with six builders working on site. After the groundbreaking ceremony, each of the contractors will commence building on two parcels. Working on site are the following: Carolina Cottage Company, CB Pugh Enterprises, Evergreen Construction, Habitat for Humanity of Wake County, RD Construction and St. Augustine University’s Community Development Program.

Once the 12 initial units are sold, the builders will be allotted an additional five parcels each for home construction.

The redevelopment project is a part of the city’s commitment to deliver 570 affordable housing units annually for the next 10 years. 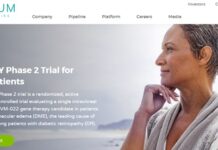