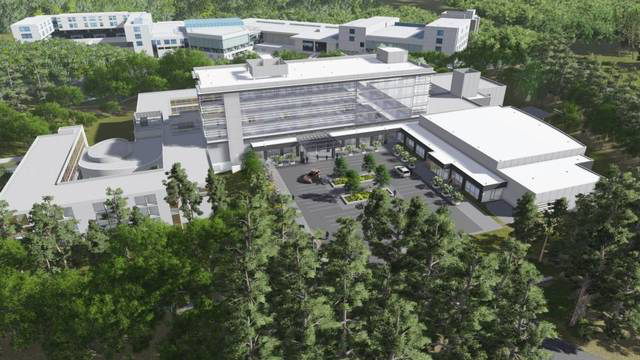 In the midst of ongoing expansion of Duke University’s Thomas Executive Conference Center, the university has announced it will open a new $62 million hotel named in honor of JB Duke, creator of The Duke Endowment.

The JB Duke Hotel will be located near the Fuqua School of Business program on Duke’s West Campus in Durham. It replaces the previous hotel accommodations that the school had been hosting before used mostly for visiting executives in the Fuqua School training and education programs.

The new seven-story, full-service hotel will have 198 guest rooms, access to 20,850 square feet of meeting, classroom and event space, including a 5,450-sq. ft.  ballroom, a in-house restaurant and two bars.

The hotel is named after James Buchanan Duke, the son of Washington Duke for whom the university was named. JB Duke established The Duke Endowment in 1924 that led to the transformation of Trinity College into Duke University.

The new hotel at 230 Science Dr. is expected to open in January 2017. It will be managed by WDI Hospitality LLC, the same management company as the Washington Duke Inn & Golf Club that’s also owned by the university on the Duke campus.